Rooted in Renault’s achievements, the Alpine division teamed up with Caterham to develop the current generation of A110, but brought the project in-house after the partnership collapsed. We are looking again at the entire English Channel to design a replacement for the model. We worked with Lotus to explore how to create a nimble electric sports car.

The two companies have issued a statement carefully explaining that the project is still in its infancy. Development work has not started yet. Executives simply agreed to conduct a comprehensive feasibility study for joint engineering, design, and development of battery-powered models. On the French side, the car (assuming approved) will replace the A110. In the UK, it’s unclear whether the variant with the Lotus badge will get a torch from an existing model (such as Elise) or will be deployed as a standalone car.

It sounds like nothing has been decided yet, but the match makes sense. Alpine and Lotus are both niche players in the automotive industry, but they are part of a much larger group (Geely owns Lotus). And they both made their own name by making a light sports car. For example, neither has offered a rival to the Lamborghini Aventador. Working together, they can find a common solution to the problem of offsetting the mass of electric powertrains.

There is certainly the possibility of duplication, but Alpine and Lotus can stay in the opposite corners of the same room by placing their respective DNAs in the front and center. Their co-developed electric sports car needs to be small, agile and fast. From there, Lotus could shape its version as a convertible (or at least with a removable roof panel), and Alpine could turn that model into a coupe, the most closely related body style. Design is also a big difference. Lotus has previously hinted that future cars will borrow styling clues from Evia. I don’t know exactly where Alpine is heading, but there’s nothing to suggest that future cars will look like shrimp.

That’s not the only modification of Alpine. Renault announced that the company will take responsibility for Renault Sport and Renault Sport Racing over the next few years and will be 100% electric. At least three new models will be introduced in the early 2020s. A car that looks like a city-friendly hatchback, inevitably the first crossover, and the replacement of the A110 mentioned above. All three were previewed in a dark image (shown above) released during the presentation. They are described as “for me,” “for us,” and “for the weekend,” respectively.

We wouldn’t be surprised if the hatchback labeled “For Me” arrived as a sportier evolution of the Renault 5 prototype. The heritage is certainly there: Renault sold 5 alpine hot hatches from 1976 to 1984. Nonetheless, it’s a surprising pace of change for companies that until recently emphasized that it’s more about heritage than quantity. It remains to be seen if the new direction will lead Alpine to an unprecedented market, the United States.

Alpine and Lotus are also considering pooling their engineering expertise beyond the realm of electric vehicles to develop vehicles (or parts of vehicles) for other manufacturers. They can also integrate their motorsport efforts. 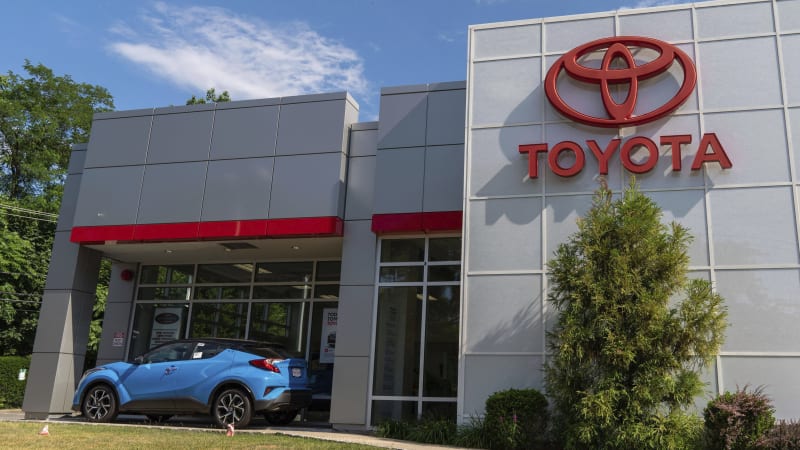 UK car production will decline by 29.3% in 2020 | Automotive Industry News

The coolest factory steering wheel ever on the car