DULUTH, Minn. — On a day President Donald Trump is expected to campaign in Bemidji, former vice president and Democratic presidential nominee Joe Biden will speak in Duluth on Friday.

It had already been known Biden would campaign this week in Minnesota, but details had been scarce until Wednesday, when the campaign confirmed a Duluth stop at a union training center at a to-be-determined time in the afternoon.

“I’m excited for Joe to be up here,” said Duluth’s Joel Heller, 44, a Democratic-Farmer-Labor volunteer and national delegate in 2020. “Wherever Biden goes we’re going to campaign like heck for our principles.”

Biden’s visit comes as the Trump campaign has zeroed in on Minnesota and the Northland, in particular, sending Vice President Mike Pence and the president’s son, Donald Trump Jr., to Duluth in recent weeks.

The president has stressed Minnesota since he narrowly missed winning the state in 2016. That year, he lost the state to Democrat Hillary Clinton by 44,765 votes, or 1.52 percent, his second-narrowest loss. Trump later held a rally in Duluth in 2018 as president.

Biden will be making his first visit to Duluth since 2016, when he campaigned on behalf for former U.S. Rep. Rick Nolan at the University of Minnesota Duluth. Biden also appeared in Hibbing in 2014 on behalf of Nolan.

Minnesota GOP Chairwoman Jennifer Carnahan compared Biden’s first appearance in the state since 2017 to Trump’s scheduled sixth visit to the state since the start of his presidency.

“Joe Biden and (running mate) Kamala Harris have taken Minnesota for granted; assuming it was a ‘gimme,’” Carnahan said, further describing it as a “lackluster effort.”

In a news release on Wednesday, Biden staked claim to the Iron Range, saying he was proud to be endorsed by labor, including the United Steelworkers, who endorsed Biden after six Iron Range mayors in August pledged their support of Trump, who found favor in the region by imposing tariffs on imported steel.

“Minnesota’s Iron Range has played a vital role in helping build America,” Biden said in a statement. “U.S. manufacturing and mining was the arsenal of democracy in World War II. It must be part of the arsenal of American prosperity today, helping power an economic recovery for working families.”

Biden noted steel shipments down more than 25 percent nationwide and idled mining operations during a economy hit hard by the COVID-19 pandemic.

At the port of Duluth-Superior, total tonnage was down 31 percent in August compared with 2019’s pace, said the Chamber of Marine Commerce in a news release on Wednesday, citing sharp declines in coal and iron ore tonnage.

“Iron Rangers and other American workers will mine and manufacture the materials — including steel — to power that effort,” Biden said.

Biden did not address the controversial prospect of copper-nickel mining in northeastern Minnesota.

In a statement, Rep. Pete Stauber, R-Hermantown, responded to Biden’s comments about mining, calling them “laughable,” and saying Biden’s support for green energy technologies would “abolish mining and manufacturing, enforce job-killing tax increases on everyone, and send our local economy into a tailspin.”

Stauber also noted the Obama administration’s rejection of two copper-mining leases in Minnesota near the end of his presidency in 2015 in an effort to protect the Boundary Waters Canoe Area Wilderness.

“Earlier this year our pro-growth policies were igniting an economy that was churning at record levels and the hard-working miners and Minnesota workers recognize President Trump and I are fighting for (them),” said Stauber, an honorary co-chair of the Trump campaign. 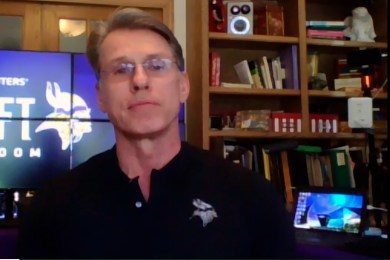 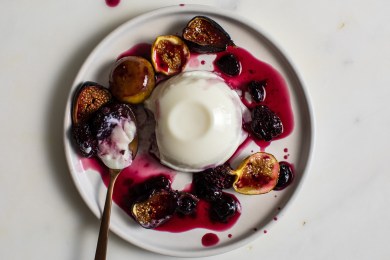 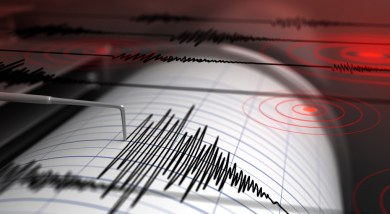