Blake Shelton and Gwen Stefani are perfectly happy anywhere, even during their 2020 Academy of Country Music Awards performance!

Shelton, 44, and Stefani, 50, made their appearance during the 55th annual music affair on Wednesday, September 16, to perform their new song, “Happy Anywhere.”

The pair sang from a studio with greenscreen that placed them in Nashville’s Bluebird Cafe. Stefani sat on a stool as she wore a white denim jacket with gold fringe and matching white shorts, fishnet tights and boots. Shelton wore jeans and a blue button-down. Shelton later won the Single of the Year award for “God’s Country” and thanked his girlfriend for “inspiring” him.

This duet just melted hearts all over America, @BlakeShelton & @GwenStefani ❤️ The #ACMawards are LIVE now on @CBS and @CBSAllAccess! pic.twitter.com/UusFBW57OY

Taylor Swift, Pink, Carrie Underwood, Florida Georgia Line, Tim McGraw and Luke Bryan were also among this year’s crop of all-star performers. Keith Urban, who is one of the night’s performers as well, served as the host for this year’s music-filled event.

The Voice coaches announced the release of their new song in July. Days after the big reveal, they performed the hit for the first time during the Today show’s 2020 Citi Music Series.

“Happy Anywhere” is the couple’s second collaboration since they released “Nobody But You” in December 2019. The former country ballad was a big success for the pair since it went on to nab the No. 1 spot on the Billboard Country Airplay Chart after its debut.

“Even though Gwen and I just had a single out, we decided that, under the circumstances, this year … man, there’s never been a better time for ‘Happy Anywhere,’” Shelton said in a press release at the time.

“We’ve all been in quarantine and lockdown, and hopefully we’ve been doing that with somebody that we really love and enjoy being around,” the “I’ll Name the Dogs” crooner continued. “That’s what happened with Gwen and me this summer — and this entire year.”

When the musical pair last teamed up for “Nobody But You,” Shelton raved about the No Doubt frontwoman’s vocal talent and work ethic.

“The thing that I think that I’m blown away by with Gwen is just how hard she works when she gets in the studio,” he said in May during a behind-the-scenes YouTube video about how they created the country track. “She’s not willing to take anything less than greatness, you know, and she’s willing to put in the work. I mean, I don’t care if it means she’s gotta get in there and sing until she completely loses her voice. I don’t think Gwen knows how great of a vocalist she really is.”

Shelton and Stefani began dating in 2015 after their respective marriages ended. The “Make Me Like You” songstress coparents her sons, Kingston, 14, Zuma, 12, and Apollo, 6, with ex-husband Gavin Rossdale. Meanwhile, Shelton’s ex-wife Miranda Lambert secretly wed police officer Brendan McLoughlin in 2019.

The “God’s Country” crooner was previously married to Kaynette Williams from 2003 to 2006. 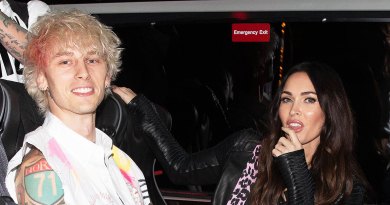 They Have A Close Bond – Hollywood Life 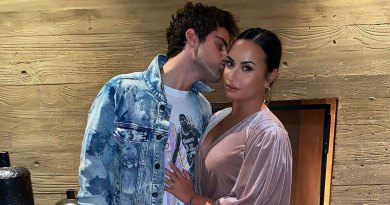 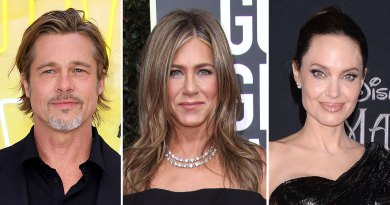 Brad Pitt Is ‘Doubtful’ He Will Get Married Again After Divorces