South American liberator Simon Bolivar said, “We cultivated the sea” at the moment of his death. He meant, “We didn’t accomplish anything.” When you cultivate the land, you can look back and see the furrows one after another. When you plow the sea, the water closes. I understand his meaning.

That’s how I feel when I hear a lot of discussions about COVID-19, as an economist, and many teachers of logic and mathematics who promote critical thinking skills. This is especially bad among governors who should be able to think more clearly, or at least hear from trusted advisors who do so.

It is no exaggeration to say that the governor’s arrogance and ignorance are stupid.

In the middle of the piece, “Why did the coach throw the gatorade over his head in 12 seconds just because the team advanced the ball three yards?”

Since then, COVID cases in the first four states have increased 20, 13, 11, and 29 times, in their respective order. I don’t have all the data for Wyoming. The cause of death is rather small. In total, 380,000 citizens of the four states have been positive since the Governor’s Gatorade Dump, killing 5,700.

Meanwhile, in Idaho, by early June, Governor Brad Little considered the work almost complete and issued guidelines to open the economy. The previously declared COVID mandate has been removed and replaced with recommendations. There was no limit to the number of people who could gather, and we were able to open all businesses. Social distance and masks were good, but government intervention was not a problem. Around this time, the Idaho Legislature held a special session. Imminent problem? A law prohibiting community health districts in Idaho from closing or restricting schools!

Since then, cases in Idaho have increased 22-fold and deaths have increased eight-fold. About 48,000 more became ill and 450 died. Little’s office has helped to manage the epidemic quickly and “distributed” to healthy areas. But his tragicly outdated reopening plans still stand proud on the state’s web pages.

Why is it so premature to claim success? Well, it may be a lack of historical knowledge, including 1918 epidemic knowledge.

And — economically — must include the ignorance of exponential growth.

The so-called “lily pad example” is well known to many. Biologists have found a small colony of dangerous invading plants in a five-acre pond in his town park. It’s about the size of a pencil eraser, but it doubles every day. He warns the authorities. They decide to handle it when it is large enough to justify sending the crew and the machine to put it away. They act when it is comparable to a soccer field, or basketball court.

So when is it? Now, from the eraser, it grows to the size of plywood on the morning of the 18th day. The basketball court will have breakfast on the 25th day and the soccer field will be covered at dinner on the 27th. All 5 acres of the pond are covered 30 days after the growth was first discovered.

To be sure, COVID cases do not double every day. For example, a 1% increase in daily infections in Minnesota in April (starting April 2 due to a significant adjustment on April 1) would take about 70 days to double. August was the same, averaging 1 percent per day. Surprisingly for many, the first 15 days of October were 1 percent per day. There was a higher rate in the months in between.

This is an exponentially growing mushroom characteristic. An increase in a small number of specific percentages affects a small number of people. The same percentage of the larger base results in an ever-increasing sum of daily numbers. In most states, the average daily infection rate is declining, but the number is now skyrocketing.

Indeed, daily doubling only occurs in some scenarios, such as a California fire or bacteria on a laboratory plate. However, if it continues at 1% a day, there will be 250,000 proceedings in 2021. I hope it doesn’t happen. But that’s possible, and if winter’s approaching quarters and old air settle, daily rates could accelerate.

Initially, more than 12 Republican governors paid attention to the wind and opposed masking requirements and bar closures. Now they are all retreating in both policy and face savings. They were misunderstood. They weren’t against the mask at all. They only opposed the order. It’s strange that I never objected to obligations such as speed limits and blood alcohol levels. And some, like Ron DeSantis in Florida and Greg Abbott in Texas, seem to be fighting hard until the last Floridian or Texan stays up.

We’re in a fuss and economics helps us understand why we’re dazzling so quickly and where we’re going before it’s over.

Be safe and healthy.

Edward Rotterman, an economist and writer for St. Paul, can contact stpaul @ edlotterman.com. 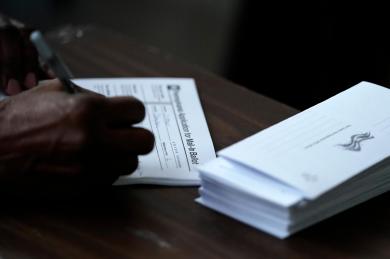 Dozens cited, arrested in Twin Cities as part of crackdown on drag racing