The death of the founder of the Karen Minnesota Organization due to complications associated with COVID-19 has shaken the Karen community in the state.

More than 17,000 Karen migrants fleeing oppression in Burma live in Minnesota, making Minnesota the largest Karen community in the country.

Marner Saw, who helped launch the Karen organization in Minnesota and became one of the first staff members in 2009, died on October 2 at M Health Fairview Bethesda Hospital in St. Paul after being hospitalized for four weeks. It was. He was 50 years old.

“Oh my god, it was terrible,” said longtime friend and colleague Ruwepo Kacher. “It was very hard to deal with. It was a wake-up call for us that anyone could be infected with COVID. It doesn’t matter who you are.”

Spurred by Thor’s death, Kacher organized a gathering of Karen Church leaders, doctors, and state health officials last weekend. On October 10th, about 12 leaders from the Karen Church throughout the East Metro gathered in the courtyard outside the First Baptist Church in downtown St. Paul to hear speakers, ask questions, and learn about viruses. I was surprised.

According to Karen’s “cultural broker” at M Health Fairview, it was important to reach out to the leaders of the Karen Church. “In our community, going to church and meeting each other in church is only part of our lives,” Kacher said. “We don’t go to parties. We go to church. For us, church is where we go out to meet people and find our spiritual power. It’s me. Very, very, very important to our Karen community. “

About 600 members of the Karen community tested positive for COVID-19, about 80 were hospitalized and 11 died, she said.

When some Karen churches were reopened, Kacher said he was worried that their numbers would increase. “We’re worried that it’s not done safely, and perhaps not everyone knows how to follow the rules,” she said. “Sometimes they underestimate COVID. They will say,” Oh, that’s just COVID. I already have it, I’m okay. “”

Another concern: singing. COVIDs are easier to infect indoors and, when sung, release tiny droplets that can carry the virus.

“Singing is a big part of our church,” said Kacher, who lives in Maplewood. “We sing. We sing no matter what. We sing the choir. We sing individual solos. We just sing.”

The road to a culture broker

Born in Burma, 50-year-old Kacher said she and her family had been displaced at the age of seven and settled in a village on the Thai-Burma border. After graduating from high school, she received a Burmese refugee student scholarship to study in the United States. “I’m Karen, but for some reason I got the chance to come here as a Burmese refugee,” she said. “I had the opportunity, so I accepted and accepted it.”

In 1996, Kacher enrolled at Indiana University in Bloomington to study English. She later moved to San Francisco, where she graduated with a bachelor’s degree in liberal arts from San Francisco State University. After staying in the San Francisco area for 20 years, she moved to Minnesota in August 2017 to work with the Karen community. A few months later, she began working as a Karen Cultural Broker at Health East, located in the Karen Organization, Minnesota, Roseville.

The M Health Fairview (formerly HealthEast) also has a cultural broker that supports the population of African Americans, Hispanics / Latinos, Hmong, and Native Americans on the East Side of St. Paul. Brokers act as liaisons to assist people in translation and support as they navigate schools, healthcare, and other mainstream systems.

“We connect members of the community to resources,” Kacher said. “We are focusing on social isolation and mental health, and in my position they have added chemical health. I am on public health issues that our community needs help. I will deal with it. “

William Englund, senior pastor of the First Baptist Church, said Kasher was a selfless leader and a longtime volunteer in the Karen community.

“Ruwepo has moved to Minnesota because it’s a place where she can serve people,” he said. “I’ve worked with many Karen leaders, but they can be a great group of selfless individuals who rarely use the pronoun” I “and most often use the pronoun” us “. understood. It’s not me. The important thing is the community. “

Englund helped Kacher organize a rally last weekend. “We wanted to pay close attention, especially in the shadow of Manner’s death,” he said. “The reason we chose Karen’s leader is that it’s not the only one. what You hear it’s important but it’s WHO You are listening to it. “

Ketcher, who is married and has two daughters, 12 and 19, teaches Sunday School at her church in Maplewood. She said she cried in a recent prayer by one of her sophomores.

“She said,’God, get rid of COVID. When many die, we’re lonely, so I don’t want anyone to die anymore,” Kacher said. “It broke my heart. I don’t want anyone else to die from COVID. It’s terrible. I want people to understand how serious it is. We are the community that hosts COVID. We don’t want to be. We take responsibility for everyone and want to keep us safe so that our community and our neighbors are safe. “ 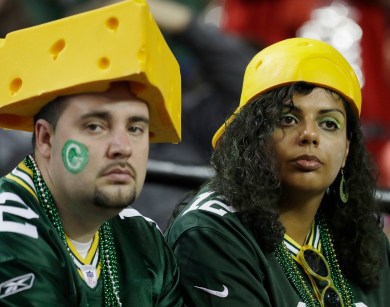 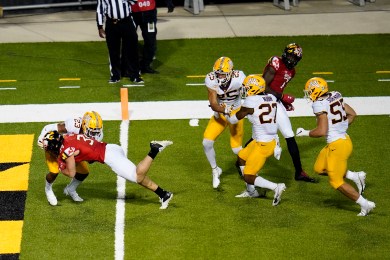 Minnesota’s past proves that every vote matters

“People in need” — not so lucky right now – Twin Cities