Oklahoma City (Free press) — After more than 16 years of hard work, the First Americans Museum was finally opened to the public on Saturday, with heartfelt speeches, music, and a truly special ceremonial procession by 39 indigenous representatives of Oklahoma. .. tribe.

But in the festival and joy of the day, the comprehensive theme of this event is candid and candid honesty about the violence and indigenous suffering of American history, which is so publicly offered. That is rare.

“Hello, welcome yours Museum! “It was an emphasized opening line from FAM Executive Director and CEO James Pepper Henry to a crowd of prestigious guests and visitors. Almost all of them were citizens of different tribes.

Many wore patches and clothes to commemorate lost or dead native family and friends. A group of women wore T-shirts proclaiming “No More Stolen Sisters,” a popular rally slogan to raise awareness of the ongoing crisis of missing and killing indigenous women.

The mood of the day was as solemn as it was a celebration.

“Historically, museums have never been a friendly or welcoming place for First Americans,” continued Pepper Henry. “Many museums were an extension of colonization and served as storage for the plunder of war and conquest by European nations against indigenous peoples around the world. For many indigenous peoples, what the museums were robbed of. , Reminds me of what was lost. “

Boasting a completely native curator board and a group of prominent tribal “knowledge providers”, FAM’s mission is not only to tell native people stories in their own words, but to tell their history in their own words. Show me.

Dr. Henrietta Mann, one of the speakers of the day and one of the most important leaders in the development of FAM, equated the creation of the museum with “adding healing medicine to the grief of history.” ..

Its history is explained to the audience with open and brutal honesty: “Federal government, churches, and education are’three-way’to the first Americans used to assimilate and expel the first people of the land. Including “cultural assault” they give way to what they called “manifest destiny”. “

This feeling of facing the historical reality of the native experience went far beyond the comments of the day.

In fact, most of FAM’s extensive and beautifully conceptualized main exhibits focus on the displacement and systematic killing of many tribes by the U.S. government and the military, primarily in Oklahoma from the 19th century to 1907. Was finally founded.

This exhibition not only focuses on well-known issues such as the Dawes Act and the Apache Wars (especially in gloomy and disastrous video installations), but also less-taught history, such as the tribe’s two unsuccessful attempts. There is also a special mention of a typical touchstone. Present their own application as a recognized state long before the White Settlement of Landran.

The commitment to adhere to these difficult truths and provide a welcoming and comprehensive place to tell them has already been made to visitors, especially the first American visitors, in just a few hours from the first day of the museum. It was resonating.

“It’s very exciting to experience this and get all this information in place,” said Brittany Taylor, a young museum visitor who identified himself as a member of the Cheyenne Arapaho tribe. “I think it’s pretty cool that this whole experience is here to educate people and let them know what Oklahoma is.”

Many non-native white visitors all refused to speak on record about the clear depiction of the exhibition of violence against the tribes, but Taylor did not have such hesitation. bottom.

“We are educated as we grow up on these things,” she said. “It’s just a story that is passed down to our family and brings a kind of awakening to those who are not well educated or unaware of some of the history that is happening to indigenous and Native Americans.”

Taylor repeated many of the museum’s founders and curators’ emotions early in the day when asked what FAM wanted to offer to both native and non-native visitors. ..

“It’s just the truth,” she said. “Why we are like us, in real history, and because it was not easy for the indigenous people, we can fight for our rights and for the recognition of what we have experienced. Why it’s so important. “

The First Americans Museum is located at 659 First Americans Boulevard, just south of OKC’s I-40. The museum has a cafe, a full-fledged restaurant, a large store and a gift shop. Membership options, opening hours, event and exhibition schedules, and more can be found online at famok.org. 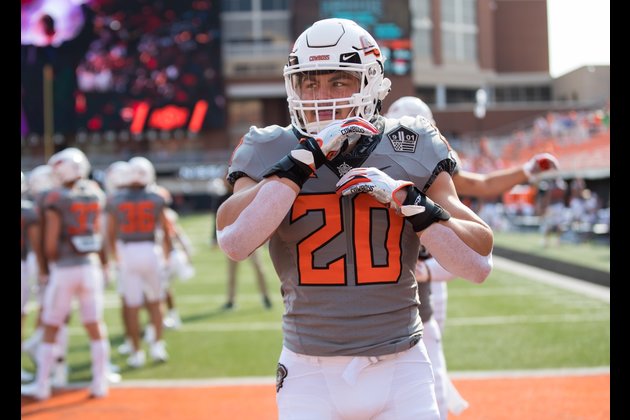