This story is part of a new CBSN series focused on voting rights called “America’s Right to Vote.” See the previous episode, here.

When Tasha Williams registered to vote this year, she couldn’t contain her excitement. “I ran through the parking lot like, oh my God! I’m gonna vote!” she said.

She’s one of about 36,000 people in Louisiana who stand to benefit from a law signed by the governor last year to restore voting rights for people who were previously incarcerated.

Williams, who served time for a nonviolent drug offense, says not having that right felt like being behind bars all over again. “It made you question yourself, and it made me kind of angry,” she said. “I just did three years in jail…I thought I was finished with prison.”

That’s a sentiment Florida resident Christine Vincent knows all too well. “It’s kind of like double jeopardy,” said Vincent, who served two years in prison for grand theft. Both women said casting a ballot would symbolize a reintegration into society. “I’m gonna feel like I’m not a criminal,” said Vincent. “Standing in line with a bunch of voters, to me is like, I’m one of them, almost like I just joined the good side instead of being on the bad side for so long.”

But unlike Williams, Vincent’s ability to vote is more complicated.

In 2018, Florida voters passed a constitutional amendment restoring voting rights to an estimated 1.4 million former felons, with the exception for those who committed murder or sexual offenses. But Republican Governor Ron DeSantis signed a law requiring them to first pay off all court fees and fines. The law faced a legal challenge but was upheld this month by a federal appeals court.

That means Vincent has to pay more than $8,000 in order to vote. She didn’t know how much she owed until she was contacted by the Florida Rights Restoration Coalition, a voting rights group helping to pay off financial obligations of the previously incarcerated.

Advocates say the process to determine outstanding fines and fees can be nearly impossible in some cases, due to Florida’s “arcane” record-keeping system. Many argue the lack of digitized records or a centralized state database complicates efforts to determine voter eligibility.

Florida offers an advisory opinion process for those unsure about their voting rights. But it puts the burden on the individual to find and present their records for review. And the debt can add up. Florida is one of a handful of states where fees and fines are the sole source of funding for the courts.

A report by Daniel A. Smith, the political science department chair at the University of Florida, estimates more than 80% of disenfranchised felons in the state who have completed all terms of their sentence won’t qualify to vote due to outstanding financial obligations.

Being wrong about their eligibility to vote poses a risk numerous formerly incarcerated individuals told CBS News they’re not willing to take. Instead, they’re forgoing registering altogether. That’s because on Florida voter registration forms, citizens must check a box next to a sentence reading, “I affirm that I am not a convicted felon, or if I am, my right to vote has been restored.” Under Florida law, submitting false information on a voter registration form is a third-degree felony carrying a maximum penalty of $5,000 and/or 5 years in prison.

Many felons stressed the importance of education ahead of the general election.

The ACLU says that over 5.8 million Americans won’t be able to vote this November because of a patchwork of state felony voting laws. According to the National Conference of State Legislatures, 11 states require further action upon the completion of a prison sentence before being able to vote, including wait times, intervention by the governor, or paying back fines. In three of those states — Kentucky, Virginia, and Iowa — governors have taken executive action to restore those voting rights. But those actions could be undone by their successors.

Iowa Governor Kim Reynolds, a Republican, signed an executive order this year allowing those previously incarcerated to vote. “The right to vote is the cornerstone of society and the free republic in which we live. When someone serves their sentence, they should have their right to vote restored automatically,” Reynolds said in a statement.

That move showed how the issue has started to transcend partisanship.

“A formerly incarcerated white male in Tallahassee might vote for Trump,” said Daryl Atkinson, a civil rights attorney and co-director of the group Forward Justice. “We aren’t doing this for Democrats or Republicans. We’re doing this for our people because our people deserve to have a voice.”

“I still owe them money on a fine [for] my 1996 conviction…a $50,000 fine that I’ve been paying since 2004 when it was brought to my attention. I thought I paid enough with my body through incarceration.”

Civil rights advocates equate the requirement to pay off fines before voting to a poll tax and say it’s particularly prohibitive given the difficulty of finding employment after serving time in prison.

“It’s an absolute barrier for a lot of people,” says Jimmy Fassig, an attorney in Florida who served time in prison in the 1990s on a drug trafficking conviction. “The system should be about rehabilitating people that have committed crimes so that they can eventually become productive members of society.” That reentry into society, says Fasing, is the ability to vote and, therefore, “the ability to have a voice.”

Asked what voting means to the formerly incarcerated, Atkinson says,” It means everything. It means I’m a citizen. It means I’m part of the fabric of this country. It means I get to participate.” 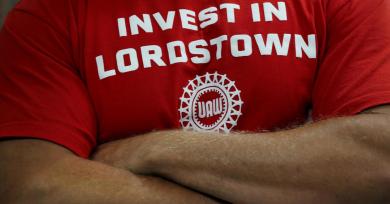 What Swing State Tells About the State of the US Economy

“The biggest thing that happens to renters since World War II”: Why Matthew Desmond is optimistic about housing | US News 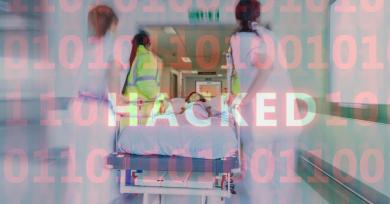 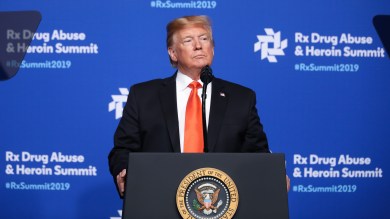 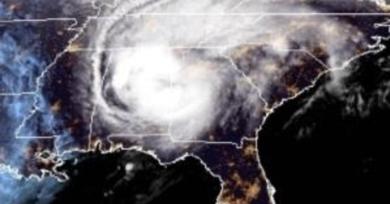