We need your help. The economic fallout of the coronavirus crisis is threatening our ability to keep producing the quality reporting you’ve come to love. If you’re able, please consider making a monthly contribution to the Mercury.

GOOD MORNING, PORTLAND! Just move yourself and glide like a 747. And lose yourself in the sky, among the clouds in the heavens. LET’S GO TO PRESS.

• While air quality in Portland due to wildfire smoke is currently “very unhealthy” today, it’s still a significant drop from the “hazardous” designation we’ve been experiencing in recent days. Better yet, the air quality in certain areas on the coast have returned to “good,” which is giving the rest of us hope. We’re currently under an air quality advisory until Thursday, when rain is forecasted to come our way. Fingers crossed!

• In other cautiously optimistic news, wildfire crews have made small levels of containment on the huge Riverside fire that’s been threatening much of Clackamas County. Full containment is expected to take quite a while.

Oregon GOP state senator Fred Girod was one of 11 Republicans who made headlines when they walked out of the senate – some even leaving the state – so that a quorum could not be achieved for a climate change bill. Now the wildfires have claimed his home.https://t.co/5aQfw9dSV1
— Nita Cosby (@5_2blue) September 15, 2020

• Prison inmates in Oregon spoke with OPB as they were being quickly evacuated due to wildfires, and according to their account, the effort lacked coordination and was absolutely harrowing.

• Let’s not forget that so many Oregonians are really suffering right now and need our help. Here’s a vetted list of great organizations where you can send your cash and the money will get into the right hands.

• Hurricane Sally slammed into the Alabama/Florida coast early this morning with winds reaching 105 mph and dropping up to three feet (!!) of rain in some areas.

Hurricane Sally made landfall as a Category 2 hurricane off the coast of Alabama on Wednesday. The slow-moving storm is expected to bring “catastrophic” flooding.

• Federal health agencies and the Defense Department have mapped out a sweeping and complicated plan to get free COVID-19 vaccines to everyone in America—but it hinges on first getting a safe vaccine, and it will take months to distribute (which won’t quite make it in time for Trump’s reelection hopes).

• According to a complaint filed by a nurse and several detainees, Immigration and Customs Enforcement (ICE) are accused of performing a “staggering number” of hysterectomies on immigrant women being held at a Georgia detention center. (Hmm… where’s the outrage from all those “right to lifers” now?)

Why do the Q anon folks never talk about the fact that in the last 5 years there have been almost 5,000 cases of REPORTED child sexual abuse by ICE?
— Your Antifa Wine Aunt 🖤 (@seltbram) September 14, 2020

• In yet another reason that ICE should be immediately disbanded: “ICE deported a key witness in investigation of sexual assault and harassment at El Paso detention center.”

• In an ABC News town hall, Trump answered questions from undecided voters, and was shocked to discover the audience was nothing like the drooling, sycophants he usually encounters at his rallies. In short, he didn’t do so good.

• A pro-Trump youth group has allegedly been paying teenagers to pump out disinformation about the coronavirus, mail-in ballots, and more on social media.

The tweets are coming from inside the house https://t.co/0UfMsQzSDm

• Today in foiled Republican corruption: “Ohio judge blows up GOP plan to allow only 1 ballot box in each county.”

• A bunch of celebrities including Kim Kardashian are “freezing” their Facebook and Instagram accounts today to protest the company allowing misinformation and racism to run unchecked on their sites. (Don’t worry! They’ll resume profiting from Facebook’s corruption on tomorrow!)

• Find out what it’s really like on the front lines of Portland’s nightly protests with our upcoming livestream event, “Eyes on the Ground: A Conversation With Portland’s Protest Journalists” coming Tuesday, September 22. Our Alex Zielinski and Blair Stenvick interview a panel of local reporters on being gassed, journalistic ethics, being arrested by the cops, and more! GET YOUR TICKETS HERE.

• Now let’s screw our eyes to the heavens for the WEATHER: Expect the thick smoke to continue today with a high of 70.

• And finally, I don’t care if the world is going to hell around us… I’m getting a good TikTok out of this. 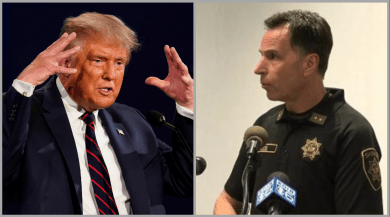 MultCo sheriff: ‘I do not support Donald Trump’ – Portland, Oregon 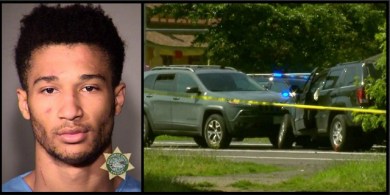 Driver gets prison in 2019 crash that killed sisters – Portland, Oregon 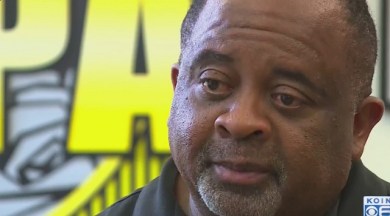