Mr. Lai, who is in his 70s, is currently serving a prison sentence for unauthorized assembly related to protests that erupted in the city in 2019. He is also awaiting trial on national-security charges amid China’s crackdown on dissent in the city.

In letters dated May 14 that were separately addressed to the Hong Kong offices of Citibank and HSBC, Hong Kong Secretary for Security John Lee said the banks must not directly or indirectly deal with the accounts of offshore companies owned by Mr. Lai without a license granted by the security minister.

Employees who “knowingly contravene the direction” would be deemed to have committed an offense and could be fined and jailed for seven years, according to two letters that were seen by The Wall Street Journal.

Mr. Lai’s offshore companies were described in the letters as entities in the offshore tax haven of the British Virgin Islands, raising questions about the new security law’s extraterritorial reach. Six bank accounts—one at Citibank and five at HSBC—belonging to two companies were listed in the letters, which were earlier reported by Reuters.

The possible dealings outlined in the letters include moving assets of the offshore companies into or out of Hong Kong, handling transactions for them, and using them as collateral for loans.

Mr. Lee, when asked by reporters about the letters to the banks after a Legislative Council meeting on Thursday, said: “I am exercising the power because Lai has been charged with two offenses of collusion with other countries or external forces to endanger national security.”

The security secretary added: “It is my duty to specify in my notice to the relevant parties what will be the consequences if they fail to comply with my direction.”

A Citigroup spokesman said the bank doesn’t comment on individual client accounts, but added that it is “required to comply with all applicable laws and regulations in markets where we operate.”

HSBC declined to comment on Thursday. The London-based bank is in a political pickle with regard to Hong Kong, having decided to focus its business on China. The bank said Thursday that it was exiting most of its U.S. retail banking business.

, which publishes the Apple Daily newspaper, known for its criticism of China’s Communist Party government in Beijing. Next’s shares were suspended from trading for more than a week after Mr. Lai’s assets—which include his majority ownership in the company—were frozen.

A pro-Beijing newspaper in Hong Kong, Ta Kung Pao, ran a commentary in April that called for Apple Daily to be outlawed, triggering fears among democracy supporters and press-freedom advocates that the paper’s days in the city—once a bastion of free speech—could be numbered.

In a stock exchange regulatory filing on Wednesday, Next Digital said its working capital would remain sufficient for at least 18 months from April without additional funding from Mr. Lai. On Thursday the shares closed 51% higher, giving the company a market capitalization of about $95 million.

Write to Elaine Yu at elaine.yu@wsj.com

More coverage of events in Hong Kong, selected by the editors 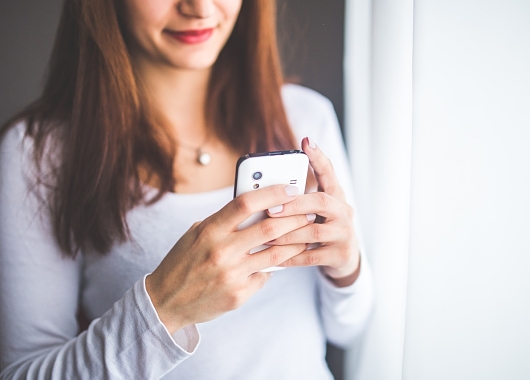