After landfall, the storm weakened into a Category 1 hurricane. It is now about 15 miles west/northwest of Pensacola, Florida and has maximum sustained winds of 80 mph (130 km/h), according to the National Hurricane Center (NHC).

“Historic and catastrophic flooding is unfolding,” from Mobile Bay, Alabama to near Tallahassee, Florida, according to the NHC. This rainfall will likely lead to widespread river flooding, according to the NHC. This morning, Hurricane Sally was moving at an extremely slow pace, near 3 mph (6 km/h), prolonging exposure to  rainfall and high winds. As of 11 a.m. EDT, the storm has sped up slightly to 5 mph (7 km/h).

Sally has already dropped up to 18 inches (46 centimeters) of rain, “creating catastrophic flash flooding,” the National Weather Service Weather Prediction Center wrote on Twitter this morning. The storm may drop somewhere between 10 to 35 inches (25 to 89 cm) of rain across parts of Alabama and the Florida Panhandle, according to the NHC.

“Life-threatening” storm surges are occurring along portions of the coast from Alabama to the western Florida Panhandle, including Pensacola Bay in Florida according to the NHC. More than 430,000 people in the Florida Panhandle and southern Alabama have already lost power, according to poweroutage.us. At least 3 to 4 feet (0.9 to 1.2 meters) of water flooded downtown Pensacola, according to a photo retweeted by the National Weather Service in Mobile.

The storm is currently moving in a north/northeastern direction. It is expected to hasten its pace “slightly” later today and tonight and quicken even more on Thursday. The center of Sally will move across the western Florida panhandle and southeastern Alabama through early Thursday and move over central Georgia on Thursday and over South Carolina Thursday night, according to the NHC.

Post-COVID clinics get jump-start from patients with lingering illness 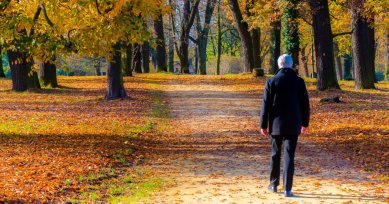 An ‘Awe Walk’ Might Do Wonders for Your Well-Being 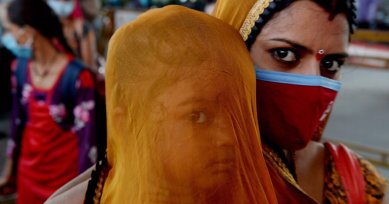 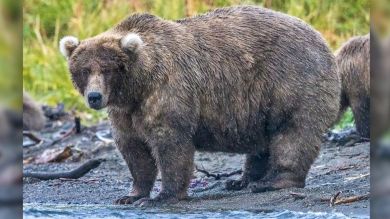 During Fat Bear Week, bears compete in a battle of the bulge