When I hear Jim Steer say that, American kids aren’t okay — and adults aren’t doing that great either.

Americans certainly have a lot to emphasize about today: the coronavirus pandemic. Political, social and racial divisions; the expanding wealth gap; high unemployment and the lack of new federal stimulus are just some of the people’s pressing concerns.

Steyer is undoubtedly one of the main causes of the disease, social media and the leading tech companies that provide it. He picked out Facebook FB,

Another platform as a superspreader of disinformation, false alarms and distrust that he believes to plague and prey on Americans, young and old.

Steyer, founder of the media and child advocacy group Common Sense Media, has a long history with Facebook and social media companies, while persuading children to be wary of what they see when they click on the app. To other representatives elected to protect the digital privacy of all users, and to legislate these protections.

However, Steyer argues that neither Big Tech’s response nor the law was strong enough to protect users from harm. He accused social media companies of consciously abandoning responsibility for social interests in an unconscionable way, typifying the concentration of false and disinformation before and after the 2020 US presidential election. It pointed out.

Steyer is now government disbanding Facebook, regulating Big Tech, especially Change controversial federal regulations Not only does this allow social media companies to moderate the content of their site, but it also avoids legal liability for what is displayed, unlike traditional media such as print, television and radio (with a few exceptions). except).

This ambiguous rule, Section 230 of the Correspondence Law, has existed since 1996, for a variety of reasons, and now for both Republicans and Democrats, President Donald Trump and former Vice President Joe Biden. It is a matter of the election year including. On October 15, Federal Communications Commission Chairman Ajit Pai said his agency “revealed ambiguity” in Section 230. If Congress considers changes to Section 230, social media companies may become legally liable for content on the platform, including hate speech. , False information and disinformation.

Steyer agreed with the FCC that Section 230 needs to be clarified in order to request a platform for better moderating content, but questioned the authorities’ motives. Steyer said in an email: “The FCC has no authority to claim by the chairman. The chairman has abandoned the FCC’s ability to provide more connection resources in a pandemic, weakening his institution’s own privacy rules and enforcement capabilities, or otherwise anti-regulatory. This is particularly annoying as we pursued the agenda. At best, there is a gap between where the FCC’s priorities should be. In the worst case, the chair has decided to conclude over Congress. “

Steyer said Pai “wants to reform Article 230 at the request of President Trump, but for wrong reasons, instead of protecting children and our democracy, he continues to avoid accountability for the content of his tweets. I want to. “

Raising awareness in Section 230 and warning about how social media companies do business, Steyer received insights and criticisms from several prominent contributors, including Salesforce CRM, and technology. And solicited essays to investigate their impact on life.

Marc Benioff, politician Michael Bloomberg, comedian Sacha Baron Cohen. The resulting anthology, “Which side of history: how technology is reshaping democracy and our lives,” was released earlier this week.

In this recent telephone interview, edited for length and clarity, Steyer elaborated on his claims to regulate what appears on social media companies and their platforms, and in 2021 Big Tech, In particular, I will explain why we expect big changes in Facebook.

MarketWatch: Why is your new book called “Which Side of History”?

Stayer: We are at an important crossroads where technology is shaping much of our lives. I run Common Sense Media, the largest advocacy group for children in the United States and the largest advocacy group for technology in the world. Technology is used to instill disinformation and disseminate disinformation and false information. Technology platforms are used to undermine our most democratic institutions, threatening some of the basic norms of a free and open society and bridging the gap between the rich and the poor. It’s getting worse. Technology is everywhere, but the big question is whether it’s used for good or for evil. This is an existential problem for our country and our world. Therefore, this book is called “Which side of history?” How technology is changing democracy and our lives. “

The last big book I wrote was “Talking Back to Facebook” in 2012. It was far beyond the age of the impact of Facebook and other social media platforms on children’s social, emotional and cognitive development. Privacy and the impact of Facebook, Instagram and other technology platforms on children’s growth and impact on daily life, self-esteem, attention and concentration have been raised. , And other aspects of their identity. Eight years later, these issues are at the forefront.

MarketWatch: Social media companies, especially Facebook, assert that they should be responsible for what they see on their platforms. But in reality, you are not obliged to do so because it is protected by US law.

Stayer: Section 230 is the section of the Communications Decency Act of 1996, which basically gives the Big Tech platform a full disclaimer. The original purpose of Section 230 was to clean up the Internet, not to facilitate people doing bad things on the Internet. It has been used to provide a full disclaimer for platforms that publish inappropriate and offensive content, such as Facebook, Instagram, and YouTube.

“”
“The gun industry is the only other industry in the United States that has a wide range of impunity outside of the high-tech industry.”
“

They are publishers. The tech industry has this pathetic defense in Section 230. Platform companies like Facebook claim that individuals’ right to free speech is extinguished if they have to play with the same rules as publishers. It’s Barony. Treating Facebook, Instagram, etc. as a publisher does not prejudice the First Amendment. On the contrary, publishers prospered under the First Amendment. By the way, free press went smoothly until Facebook came out.

Section 230 is like self-defense forced by Congress under the pretext of a second amendment by the gun manufacturer. The gun industry is the only other industry in the United States with a wide range of legal immunity outside of the high-tech industry. The comprehensive disclaimer in Section 230 is meaningless. Congress never intended to give these platforms a free pass. The law needs to be fundamentally reviewed.

MarketWatch: How are you and other supporters challenging Big Tech’s disclaimer?

Stayer: For the past few years, I’ve talked to key senators at the Washington, DC and California levels about the fact that Section 230 is really bad for kids. Section 230 not only fails to protect children from interfering with content, but also limits the effectiveness of other child protection laws.

This year, we introduced a law in California to track Facebook, Instagram, and other platforms that are not responsible for the content on those platforms. People on both sides of the aisle are involved in this issue. Substantial changes will occur in it, and 2021 will be a very important year for this.

“”
“Facebook and other social media platforms are behind the scenes.”
“

MarketWatch: Still, Facebook and other social media companies say they’re doing their best to monitor the platform, even if they don’t think they’re publishers. You obviously see it differently.

Stayer: There is no doubt that they should be treated as publishers. It would be much better for the discourse of our citizens and the norms of our democratic system. Section 230 needs to be reviewed to be relevant in 2020 and accountable to the technology platform. They have been hiding behind the defense of this sophomore in free speech. Their rationale is ridiculous.

Facebook and other social media platforms are behind the scenes of history. Unless they change course, they will be forever excited to be on the wrong side of history.

Facebook’s strategy is: Refusal, bias, distraction. Although they have taken small steps, they basically continue to undermine many of our important democratic norms and institutions, spreading disinformation, false information, complete lies and political falsehoods. We allow you to use those platforms for our purposes and are damaging our society.

They are on an easier path to profit. Facebook makes huge amounts of money by promoting white supremacist, racist and anti-Semitic posts and allowing Russian bots to buy ads on their platforms. It’s all about money. It prioritizes interests over principles and people. That’s what’s happening and they should be held accountable.

read: Facebook bans posts that deny or distort the Holocaust

Stayer: Yes. But that would require federal regulation. It is never done voluntarily. The House Antitrust Report raises various antitrust concerns that vary from platform to platform, and some of them may be legislated by different parliaments and leadership. Currently, it is primarily in the hands of enforcers, the Federal Trade Commission, the Department of Justice, and the State Attorney General.

I believe they can address some concerns under current law. For example, Facebook should be forced to sell itself from Instagram and WhatsApp. It’s anti-competitive. The state attorney general will file a proceeding against Facebook next year. The harm is obvious. They have knocked out competitors to the market.

But Facebook isn’t the only one to knock out competitors. Regulators need to take a long and stern view of how big these companies have grown and how hundreds of other companies and competitors have swallowed them. Another thing regulators can or should do is be willing to monitor and decline new acquisitions very carefully. Tech companies will feel even more daring if regulators don’t try to confront tech companies.

For example, the Stop Hate for Profit campaign boycotted Facebook advertisers for a month last July. Facebook basically said that you need to come back to us because we are the only game in town. If they were forced to sell Instagram and WhatsApp, that’s not true. Facebook is the biggest criminal and the biggest player. But all tech industries need to have this problem.

Jim Steyer is the founder and CEO of Common Sense Media, the largest kids media and child advocacy organization in the United States. Steyer is the author of “Which side of history ?: How technology is shaping democracy and our lives.” (Chronicle Prism, 2020). 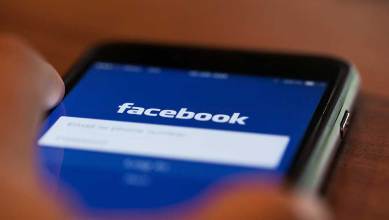 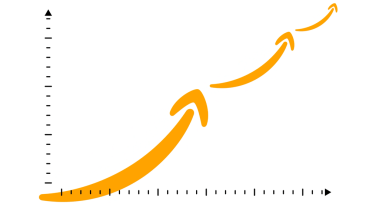 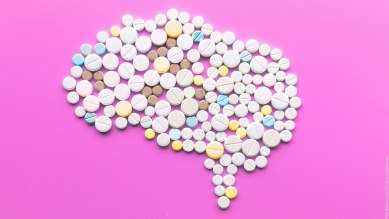 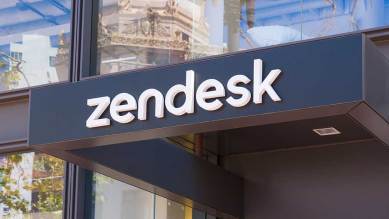 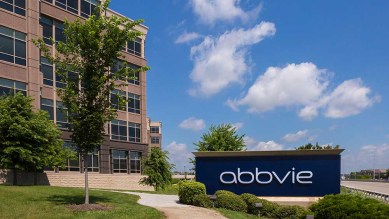