To paraphrase the great Cher Horowitz, 2020 has been way harsh, Tai. Even from a movie perspective — minor in the grand scheme of a worldwide health pandemic, but still! —we missed out on sitting in air-conditioned theaters this summer to see surefire blockbusters Ghostbusters: Afterlife, Fast & Furious 9, In the Heights, Jungle Cruise and Top Gun: Maverick. (Hey, at least we got Hamilton and Kissing Booth 2.)

But hope springs eternal in the form of a fall movie season. Kristen Stewart, Armie Hammer, Adam Sandler, Janelle Monae and James Bond are here to make moves! Here are 20 films coming soon (fingers crossed!) to some sort of screen near you. Totally pause and check ‘em out.

“Successful author Veronica Henley (Janelle Monae) finds herself trapped in a horrifying reality that forces her to confront the past, present and future — before it’s too late.” That’s the official description for this riveting high-concept horror film, and it’s cryptic for a reason. A bit more intel: Monae’s reality involves an unwilling trip between the modern day and the Antebellum South before the Civil War. From the producers of Get Out and BlackKklansman. (On PVOD on Friday, September 18)

It’s always nice when a buzzy Sundance Film Festival indie transcends from the mountains from to the real world. In this dark comedy, Evan Rachel Wood plays the daughter of two veteran con artists who swindle and scam at every opportunity. During their latest heist, they charm a stranger (Gina Rodriguez) into their joining them scam. It doesn’t go well. (On PVOD on Friday, September 25)

Now that you’ve watched the Emmy-nominated series Mrs. America, your supplementary material on feminist icon Gloria Steinem awaits. This biopic traces her journey from her time in India as a bright-eyed young woman to the creation of Ms. magazine in New York to her role in the women’s right movement. Julianne Moore, Alicia Vikander and Lulu Wilson portray her at different stages in her life. (On Amazon Prime Monday, September 30)

Joey King . . . murderer! Yup, the Kissing Booth sweetheart is on the hook for killing her best friend in the icy woods in this intriguing thriller from Blumhouse Productions (Happy Death Day, Get Out). Her parents (Peter Sarsgaard and Mireille Enos) desperately try to cover up her crime with a web of lies, but the truth won’t stay buried forever. (On Amazon Prime Tuesday, October 6)

Never fear, Adam Sandler is here — and he’s not playing a fast-talking, hyper-adrenalized gambling addict in NYC’s Diamond District. (Not that he didn’t slay it in Uncut Gems.) The Sand Man is back in his dumb-fun comedy wheelhouse, playing a sad-sacker living in Salem, Massachusetts. He ends up saving the town’s epic Halloween celebration. No tricks, all treats. (On Netflix Wednesday, October 7)

Got Kleenex? This inspirational tearjerker is based on the true story of Zach Sobiech (newcomer Fin Argus), a sweet 17-year-old living with a rare bone cancer. While embarking on his senior year of high school, he writes a hit song to help cement his shining musical legacy. Sabrina Carpenter (The Hate U Give) is his bandmate and bestie; Madison Iseman (Annabelle Comes Home) is his girlfriend; Neve Campbell (Scream, duh) is his mom. (On Disney+ Friday, October 9)

The Trial of the Chicago 7

The masterful, Oscar-winning Aaron Sorkin (The Social Network, Steve Jobs, Molly’s Game) writes and directs a drama set in 1968. And yet it couldn’t be timelier. He tackles the Democratic National Convention in Chicago, which morphed into a deadly clash between protesters and police and the National Guard. The all-star ensemble includes Michael Keaton, Sacha Baron Cohen, Eddie Redmayne and Joseph Gordon-Levitt. (On Netflix Friday, October 16)

Terrible title, wonderful movie. Directed by and starring a 23-year-old wunderkind named Cooper Raiff (who also wrote the screenplay), it focuses on a homesick and desperately lonely college kid struggling to adjust to his new life. Then one night after a party at the school’s raucous “s#!%thouse,” he forms an instant bond with his RA (Dylan Gelula). This warm-hug-of-a-movie won the Grand Jury Prize for narrative feature at the 2020 SWSX Film Festival. (On PVOD and in select theaters, Friday, October 16)

What’s that lurking from inside the house? Why yes, it’s a remake of a 1940 Best Picture Oscar winner memorably directed by Alfred Hitchcock. The gothic-tinged nail-biter follows a new missus (Lily James) as she begins married life with her husband (Armie Hammer, dashing as always) at his imposing English estate. But their marriage can’t escape the shadow of his not-at-all-pleased deceased first wife. Her name is Rebecca. (On Netflix Wednesday, October 21)

Disney doesn’t have the market cornered on animated musicals. In this imaginative new entry, a bright young girl builds a rocket ship to the moon to prove the existence of a legendary Moon Goddess. That’s where she discovers a land of fantastical adventures. Featuring the voices of Cathy Ang, Phillipa Soo (i.e., Eliza Schuyler Hamilton!), Ken Jeong, Ruthie Ann Miles, Sandra Oh, John Cho and more. (On Netflix Friday, October 23)

Death on the Nile

Two years before Knives Out reawakened our love for murder-mysteries and Chris Evans knitwear, actor-director Kenneth Branagh put together his own A-list ensemble in the hit whodunit Murder on the Orient Express. Next stop: An exclusive boat tour along the Nile, where an heiress (Gal Gadot) has been found murdered in her room. Armie Hammer, Letitia Wright and Annette Bening play some of the suspects. (In theaters Friday, October 23)

Here’s a horror satire set in 1989, in which an ambitious young woman (Elle Lorraine) gets a weave to succeed in the image-obsessed world of music television. (We’re talking MTV during its video heyday.) Her flourishing career comes at a cost when she realizes that her new hair may have a mind of its own. Vanessa Williams, Lena Waithe, Laverne Cox, Kelly Rowland, Usher and James Van Der Beek (?!!) round out the impressive cast. (On Hulu Friday, October 23)

Director Sofia Coppola, who gave us Lost in Translation, Marie Antoinette and The Bling Ring (#neverforget), delivers both a generational-clash comedy and love letter to New York City. At the heart is a young mom (Rashida Jones) faced with sudden doubts about her marriage. She teams up with her charming playboy dad (Bill Murray) to troll Manhattan in search of answers. The insight lies in the journey, not the destination. (On Apple TV+ and select theater, Friday, October 23)

With the Oscars pushed to April 2021, many of the shoo-in contenders have been bumped to early next year. This high-brow, highly pedigreed drama — premiering at the Toronto International Film Festival — is an exception. Inspired by the life of British paleontologist Marry Anning, it centers on the romance between Anning (Kate Winslet) and geologist Charlotte Murchison (Saoirse Ronan) in the 1840s. (In theaters Friday, November 13)

No Time to Die

It’s your last chance to see Daniel Craig shake and stir it up as super-suave James Bond. He means it this time! Agent 007 starts the film retired in Jamaica but soon goes on a mission to rescue a kidnapped scientist. Along the way, he reunites with an old love interest (Lea Seydoux), meets a new agent (Lashana Lynch) and encounters a typically sinister villain (Rami Malek). (In theaters Friday, November 20)

All Pixar movies have brains and a big heart. This entry has soul to spare. It centers on a middle-school music teacher (Jamie Foxx) who dreams of becoming a jazz performer. But just before his big break, he gets in an accident that causes his soul to be separated from his body. Will he get it together before it’s too late? Of course he will! And we’ll love the character all the more for it. (In theaters, Friday, November 20)

Step back into an era gone by in this true story about the difficult production of the 1941 classic Citizen Kane. Unfolding in black and white, the drama — directed by the great David Fincher (The Social Network, Gone Girl) — chronicles the difficult relationship between filmmaker/star Orson Welles (Tom Burke, War & Peace) and the film’s screenwriter, Herman Mankiewicz (Gary Oldman). (On Netflix in November) 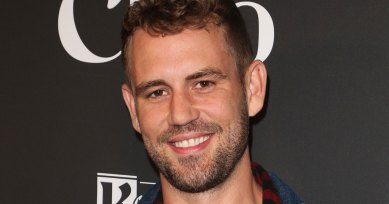 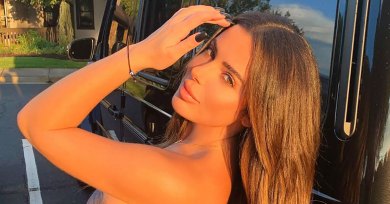 Brielle Biermann Says a ‘Ton’ of Celebs Slide Into Her DMs