Malik Brown, Coordinator of the LGBTQ Affairs Program (Photo: Provided by the City of Atlanta)

Mayor Keisha Lance Bottoms was the city’s first LGBTQ Executive Director and appointed an additional member to the mayor’s LGBTQ Advisory Board. These appointments are based on the bottoms administration’s impartial agenda and commitment to make City Hall more open and comprehensive. Atlanta is one of the few cities in the country to establish a full-time position to advise the mayor and senior city officials.

Malik Brown, LGBTQ Affairs Coordinator for the City of Atlanta, will be the Director of LGBTQ Affairs. Brown works with the mayor and city departments to advise on policies, programs and initiatives that affect LGBTQ residents, city employees and visitors, including training in cultural humility.

“Since taking office, our administration has prioritized the well-being and progress of LGBTQ issues in Atlanta’s large and diverse LGBTQ community and municipalities,” said Bottoms. “We have set up a director-level LGBTQ secretariat in the mayor’s office and continue to work on the mayor’s LGBTQ advisory board, creating institutional support for LGBTQ Atlantans.”

A lifelong resident of Atlanta, Brown is a well-established advocate of LGBTQ and a member of the executive committee of the National Governors’ Committee of the Human Rights Campaign, the country’s largest LGBTQ advocate.

Bottoms also announced the latest members of the mayor’s LGBTQ Advisory Board, which consists of city-wide LGBTQ citizen leaders, influencers and supporters. The new members of the advisory board represent many of the diverse voices of Atlanta’s LGBTQ community, including transgender and non-binary people, color LGBTQ people, medical professionals, heterosexuals, and Jewish residents. I will. The LGBTQ Executive Secretary will act as a liaison to the city’s board of directors.

The members of the mayor’s LGBTQ Advisory Board are: 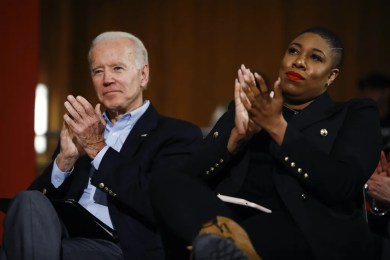