HOUSTON – They still come here, as if making a pilgrimage to history.

Bianca Williams regularly sees the well-wishers stop to take pictures at the mural of George Floyd that looms over the street where he spent much of his life. There is always someone new, and just past noon on Sunday, it is a pair of traveling nurses from Florida paying their respects.

“That’s my uncle,” Williams tells them. “We’re getting ready for the one-year anniversary.”

The women ask her to pose for a photo. “Give me a hug — oh my God,” says one of the nurses, Alvina McThenney, and the strangers embrace like dear friends. “One more picture?”

Those closest to Floyd have confronted an agonizing loss since May 25, 2020, when bystanders outside a south Minneapolis convenience store filmed police officer Derek Chauvin kneeling on Floyd until he died.

Nearly 1,200 miles away, Floyd’s hometown circle weighs the grief that he suffered, a torture that no human should endure, against the faith that his death inspired a lasting movement for racial justice.

For Floyd’s loved ones, that reckoning has been constant. Williams, 27, has just been reflecting on how her family survived hell. Exchanges like these from Floyd’s supporters give her hope about the compassion and awakening that followed.

“Have you seen the video?”

It is the morning of May 26, 2020, and Williams’ sister is calling. Williams doesn’t know what is going on. She panics.

“You got my stomach in my shoes, now what is it?” Williams presses. “Tell me.”

Her sister says that Floyd is dead. Williams drops to the ground. She weeps. She doesn’t watch the video. She does go to see her mother, Floyd’s oldest sister, Zsa Zsa, and his second oldest sister, LaTonya. The women have already heard; they seclude themselves in a room, afraid that stepping outside will make Floyd’s killing real.

Williams comforts them as best as she can but knows their anguish is beyond her understanding.

She grew up in this city’s Third Ward in the same house as Floyd. Without her own dad, she considered Floyd almost a father. He walked Williams to school, bought her new shoes with the little money he had and cheered at her basketball games, encouraging her to be aggressive on the court.

As Floyd’s death triggers worldwide demonstrations against police killings of Black people, Williams tends to her newborn son, Amir. Born a month before, he will join the next generation of Black boys and men that could benefit from the activism inspired by his great-uncle. Williams also has a 4-year-old daughter, Arianna.

“Kiss Ari for me,” Floyd said the last time they talked.

She tells her daughter that Floyd is in a better place. Williams never explains that police took his life.

Family and friends must soon sort out what roles to take on as the world looks to them to make sense of Floyd’s life, death and legacy. Within weeks, younger brother Philonise Floyd — one of the six siblings — becomes an advocate for police reform. He testifies to Congress: “I’m here today to ask you to make it stop.”

LaTonya, for her part, is content to cede the spotlight to him. When she sees the image of her brother trapped under an officer’s body, she views Floyd as the child she grew up with, not the 46-year-old he is at the time of his death, and that is sometimes too much for her to bear.

She was 5 when her mother brought George Perry Floyd home from the hospital on Oct. 14, 1973. LaTonya and Zsa Zsa would play hide and seek with Floyd, ducking in a cardboard box that they had fashioned into a playhouse with teacups.

As a kid, Floyd would teach her the current slang. “What a do?” he’d greet her, using a colloquialism for “what’s up?” She’d reply that she didn’t do anything. “No, Tonya,” Floyd would say with amusement. “That’s not it.” As adults, they cared for their ill mother together in the years before Floyd’s departure for Minneapolis in 2017.

In the months after Floyd’s death, LaTonya wishes it could have been her instead of him. She reasons that she is the older one. She doesn’t have kids, like he did. She wants to spare him the pain of his last moments.

One day LaTonya drinks. She thinks about killing herself. LaTonya has never felt so weak. She closes her eyes and cries. She hears Floyd’s voice.

No, sis. You’ve got to keep going. I need you down there. Stay right where you are.

LaTonya thinks God is speaking to her through Floyd. She decides it is not her time after all, and opens her eyes.

There are bright moments. Growing up, LaTonya taught Floyd to sing “Keep on Loving You” by REO Speedwagon, and it became a tradition for the pair to croon the soft-rock power ballad together. In April, the band’s lead singer Kevin Cronin surprises her with the plaque honoring the 1981 hit’s platinum status.

She knows just where to put it: a wall of Williams’ apartment dedicated to Floyd’s memory. They display it amid a patchwork of photographs, news articles and artistic renderings of him arranged around a large blanket emblazoned with an image of a solemn-faced Floyd.

LaTonya sleeps with a blanket just like it. Before she turns in, she says, “Good night, bro.” She hears Floyd say good night back. That is all she hears from him nowadays, despite her efforts to summon more.

As other relatives fly to Minneapolis for the trial of Chauvin, LaTonya, Zsa Zsa and Williams gather in the niece’s living room to watch the proceedings. They cannot help catching snippets of Floyd’s final moments splayed out on Chicago Avenue. Sometimes they have to walk out.

Williams has an idea of what she’d like to say to Chauvin.

“All he asked for is air. You didn’t let him breathe. When the paramedics came, you didn’t even let him check his pulse. Where is your heart?”

Williams books a flight to Minneapolis for the verdict. But she falls into a depression and cannot stop crying. She doesn’t go. Jurors find Chauvin guilty of second- and third-degree murder and manslaughter. Williams expected only the last one. She decides America is great that day.

For LaTonya, seeing her brother’s killer led out in handcuffs is one of the happiest days of her life. Floyd is resting in peace, she thinks; Chauvin will rest in prison.

They want people to rejoice on the anniversary of Floyd’s death.

“This is a victory lap,” Williams says. “I feel like this is the beginning of something new. We’re able to breathe just a little bit better. It’s not where we want to be, but we’re working towards it.”

LaTonya proudly points to a photo on Williams’ wall of Philonise and other relatives advocating against police brutality, saying, “There are my boys right there putting it down.”

“What are y’all in California for?” Bianca Williams asks. “Who died from police brutality?”

Anthony McClain. He was shot in the back by Pasadena police after a traffic stop for a missing license plate.

This is new for them, keeping track of all the names. LaTon­ya hadn’t followed police brutality cases much before; Williams had mainly been familiar with the case of Sandra Bland, a Black woman whom authorities claim died by suicide in a Texas jail cell after she was arrested filming her own traffic stop. Now the family talks about how they have come to see this moment as bigger than Floyd: It is about Breonna Taylor, Eric Garner, Jacob Blake …

Days later, Williams stops by the stretch of Nalle Street where she spent much of her time with her uncle. It is 11:30 on Sunday morning, and a church sermon blares down the street. Gospel music rings out around the corner.

She speaks affectionately of family memories with Floyd in the little white house. She knows her uncle would be proud of them all for standing up for him and other victims of police brutality.

“I’m not ever going to get tired,” Williams vows.

Yet some days are hard. LaTonya cancels plans to be with her today, weary with grief.

Across the way is a mural on the side of a corner store where visitors frequently stop. Floyd’s face looks out from a slate of blue, wings rising at his shoulders, below the words: “Forever breathing in our hearts.”

It was commissioned by Floyd’s childhood friend Travis Cains, who grew up with Floyd in the Cuney Homes public housing. He believed artists should paint the mural right away because, as he saw it, Chauvin had treated Floyd as if he was a nobody.

“They didn’t know that he had family, that he was really loved down here,” Cains says.

During the trial, he travels to the Texas statehouse to speak in favor of the George Floyd Act to increase police accountability. He goes to Floyd’s grave site in nearby Pearland to talk with him sometimes.

I’m down here fighting for you, man. I got you, little bro.

Cains, 51, remembers hearing gunshots in Cuney Homes one day in 1989. He saw a slain Black man who would soon make headlines in Houston: Byron Gillum, a security guard shot by a white policeman who pulled him over for speeding and claimed he reached for a gun. Cains recalls lamenting the death with Floyd. The cop, who had killed two other Black people in recent years, was never charged.

From his home in the suburb of Missouri City, Cains drives east across Houston every few days to keep the mural and its surroundings tidy.

Still, fewer people are out.

Some neighbors are bereft and frightened after another of Floyd’s boyhood friends is gunned down days before the anniversary events. Friends write his name on a wall next to the mural, where it is customary to record local deaths.

That evening, lawmakers and dignitaries convene to dedicate George Floyd Park a few blocks south. The sky is foreboding; the crowd is hopeful. They pray that God help them not have any more dedications in the name of those slain.

As grief and resolve wax and wane, relatives take turns in the public eye. Williams stays home this time, while LaTonya steps up. She walks to the platform and speaks.

“God bless you all,” she says.

LaTonya accepts a certificate of congressional recognition dedicating the park. She is happy, overwhelmed with gratitude. LaTonya wipes tears from her eyes, and she and Cains embrace for a long time. 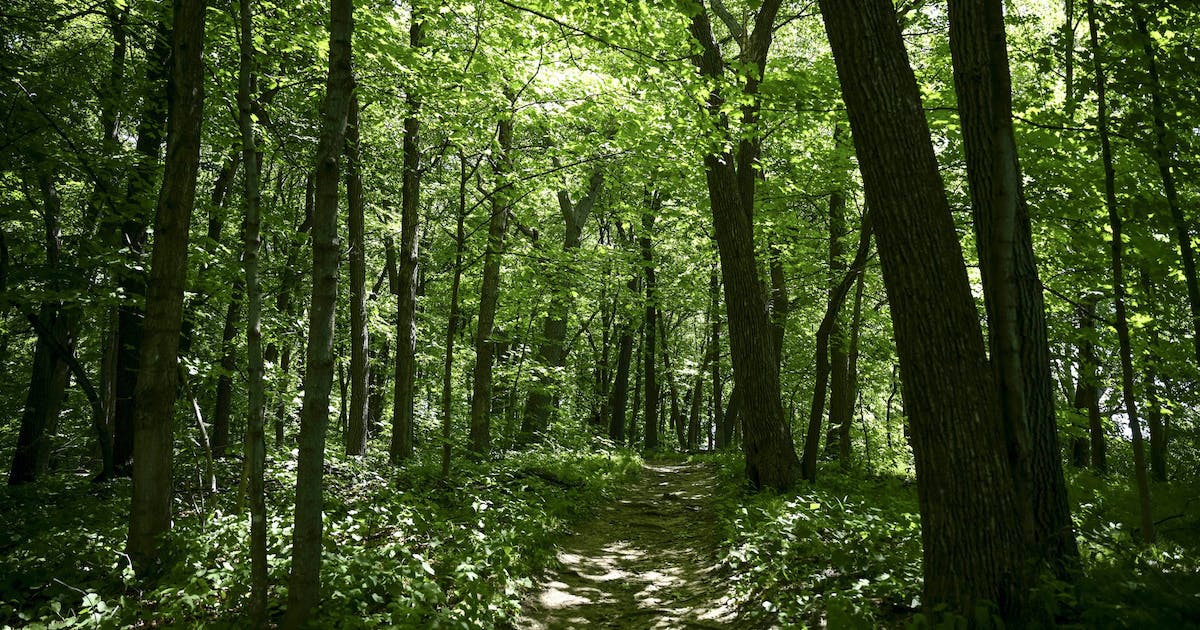 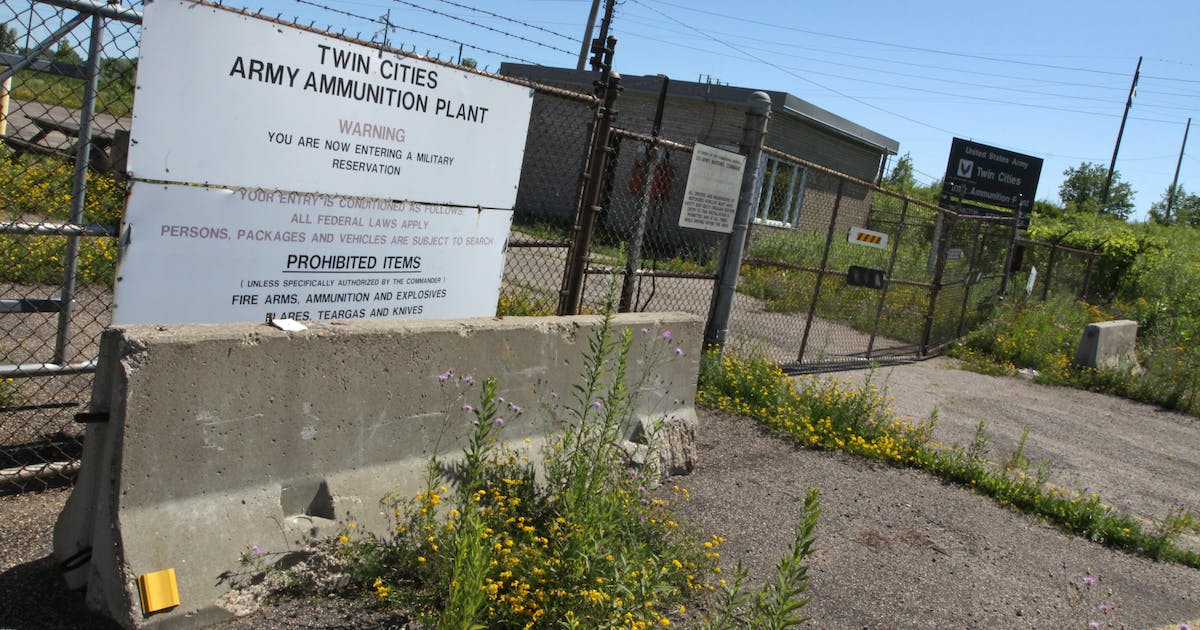