“I was expecting some bills, and instead I got this,” local activist Alfonso “Poncho” Espino said from his backyard in Elyria Swansea as he looked down at the glossy mailer with the image from the National Western Stock Show. His dogs, Nova and Princess, barked relentlessly in the sweltering heat. “I would have rather seen the bills, to be honest.”

He got the mailer a few days ago. It read “LET THE VOTERS DECIDE ON BUILDING THE STOCK SHOW ARENA” in big block text and “Unlike you, some members don’t share our love for the stock show and are dead set on striking the proposed arena from the ballot, not giving you a chance to vote.”

But they were wrong, at least about Espino, who is one of a growing group of residents who don’t love the idea of the new arena.

The postcard was paid for by the Friends of the National Western Stock Show, a group that records show was formed just last month. It asks people to call their council members and ask them to back a proposed bond package that could pay for a project first introduced six years ago in planning documents: A state-of-the-art, 10,000-seat arena just off Brighton Boulevard.

Though the project has been in the books for years, a controversy has reignited around its construction since Mayor Michael Hancock mentioned it during his State of the City speech this week. The arena was supposed to become a reality under a public-private-partnership (or P3), but the pandemic complicated the city’s finances and the original plan was scrapped. Hancock now wants to use tax dollars to finish the sprawling National Western campus, but community activists like Espino see this pathway as a massive boondoggle.

Their argument goes something like this: Hancock wants to spend nearly half of $450 million in general obligation bonds on a facility that does little to address Denver’s most pressing problems, and the proposed arena will likely accelerate gentrification and displacement in communities that have long struggled to stay in the city.

“(It’s) $200 million down the drain,” Espino told us. He’d rather see money go towards affordable housing and healthcare facilities: “That’s the sort of like infrastructure that the city should be putting money into, right? Public health facilities, public housing facilities. Resources, right? That is what they should be funding.”

City Council members are skeptical as well, questioning why they should ask voters to borrow $160 million to pay for a portion of the arena, which will cost $210 million total to complete, and chip in another $30 million for another redevelopment on the site.

“The largest chunk of money is going to a project that my community doesn’t necessarily support,” Councilmember Candi CdeBaca, who represents the district where the arena would go, said this week during a meeting providing details about the proposed bond package.

Officials say they have a plan to funnel money made on the new campus to at-risk neighbors, but they say nothing will happen without the arena.

This isn’t the first time the city has asked residents of Globeville and Elyria Swansea to support a bond for the National Western campus. In 2015, officials urged neighbors here to approve a tourism tax to raise hundreds of millions of dollars to transform the South Platte’s banks and make way for Colorado State University’s new Spur Campus and renovate stock show facilities. Nearby communities were promised that the final, operational campus would kick some sales dollars back to them and that they’d have unprecedented input on the process.

That first bond passed overwhelmingly. The vote established the National Western Authority, a body tasked with building and running everything. It also led to the creation of a Citizens Advisory Committee, which was meant to ensure neighbors’ voices were heard as the project lumbered forward. But when the city approved its “framework agreement” to move forward, there were few details about how any social equity programs would actually move forward.

There were two ideas that emerged. First: a “round up” program that would allow customers to pass the remaining cents on food, drink and merchandise sales into a “community investment fund.” Second: a public market, owned by the city and operated by a nonprofit, that would live in the historic 1909 Stadium Arena on campus where people who make crafts and food could sell their wares to the gathering public. While the market has been presented as one way GES residents could benefit from the new campus, there’s nothing written in stone that stipulates they’ll get priority access to set up shop there. The bond package would dedicate $30 million toward redeveloping the 1909 site.

When the Citizens Advisory Committee met last week, National Western Center Authority CEO Brad Buchanan made clear that all of this was in jeopardy if the new arena fails to come to fruition. Any certainty of a community benefits package had dissolved with the original P3 plan.

Espino and a half dozen community activists had spread across the dimly lit conference room, holding signs that read “NO COMMUNITY COMMITMENT = A COMMITMENT TO GENTRIFY” and “NO BOND $ PARA NWC.”

“We were made a promise … we want [action] not just talk,” Maria De Luna Jimenez said to the board in Spanish. “How can we now trust what you tell us with this new bond? You have to make the commitment.”

Buchanan listened, then took the mic to respond. If there’s nothing to draw in crowds and their money, he said, there’d be no round-ups, no steady jobs working concessions stands and no public market.

“What has to happen is that a financial engine has to be built on the campus. That is the arena,” he said. “It brings activation to the campus. It brings people to the campus … It will activate and allow the 1909 Stadium Arena to be converted to the public market. It won’t work standalone.”

Buchanan later told us that any “community benefits agreement” also fell to the wayside with the P3 plan and “has fallen into an as-funds-are-available scenario.” Though he said the National Western Authority has no “requirement” to pursue extra programs focused on GES residents, he said he would still work to make sure campus neighbors aren’t left behind.

“To me, a community benefits agreement is a term of art,” he said, that “will need to be defined as these facilities come online.”

Does Denver need a new arena? Depends on who you ask.

Buchanan told us Colorado is “a bit of a flyover state” when it comes to events for 10,000 people, and that the proposed venue would do a lot to bring all kinds of big acts to the city. Concerts, sporting events and expos could all take place here.

“The Denver marketplace has a hole, a gap in its facilities,” he said. And places like the public market, which would be the campus’ “heart and soul,” need something beyond their own “gravitational pull” to avoid flopping.

The nearby Mission Ballroom only holds about 4,000 people. But the Denver Coliseum, which has sat across the proposed site since the 1950s, can in fact accommodate 10,000 guests. And while it sits outside the city limits, the city-owned Red Rocks Amphitheatre can also hold just under 10,000 people.

It’s still not even clear what will happen to the Coliseum if a new arena is built. This week, Brad Dodson, Deputy Director of the Mayor’s Office of the National Western Center told City Council members that potential demolition or decommission of the Coliseum is a totally separate project and not one the city has contemplated as part of this bonding proposal.

“I think that it’s contemplated that the events that currently happen in the Coliseum could move and likely would move to this new arena, but it doesn’t predetermine an outcome for the Coliseum,” Dodson said.

Meanwhile, activists like Espino say officials’ insistence on moving forward with the project shows they’re not interested in people who actually live nearby. He pointed to the postcard, which features a white woman racing a horse around barrels.

“My dad, he’s from Durango, Mexico, and that dude’s a real cowboy. When I see stuff like this, it’s like: Oh, Western heritage. And it’s just some white dude,” he said. “That’s the people that come here twice a year for the stock show, like that’s who they care about. That’s who their image of themselves is.”

He and his fellow activists have argued that the National Western campus’ last piece should be used specifically for housing, as an act of reparations to people marginalized since the city’s foundation.

Denver City Council members said their constituents got the mailer. Some of the lawmakers took the message they carried personally.

Councilmembers CdeBaca, Robin Kniech and Amanda Sawyer all said this week constituents got mailers. They brought them up during the same meeting where Dodson spoke about the Coliseum’s future.

“Our community is very confused about why they’re getting these mailers,” CdeBaca said.

Kniech called out the language as well, taking issue with how it suggested there were council members who don’t love the Stock Show and were “dead set” on keeping the proposed arena off the ballot.

“It is concerning,” Kniech said. “To those making those disparaging remarks about who loves and who doesn’t love projects based on the questions they’re asking, shame on you.”

Sawyer, too, didn’t seem enthused about the glossy paper: “That was certainly an interesting way to try and get us to buy into something, by talking smack about us all over town.”

The city did public outreach to figure out how people wanted to use general obligation bonds and money the city got from the federal government for pandemic recovery. It showed people who provided feedback wanted this money to be used for things like job training and housing. Those responses showed few people wanted the city to prioritize building something new.

So where did these mailers come from?

Sherman wasn’t available for comment, but he did provide Denverite with a statement from Pat Grant, Chairman of Friends of National Western Stock Show, which Grant characterized as a privately-funded organization advocating for programs and projects “necessary to complete the National Western Center.”

“In addition to the completion of the arena, we are focused on ensuring the longevity of the stock show given both Oklahoma and Nebraska announced their own stock shows and began trying to recruit our breeders and exhibitors,” Grant said in a statement.

Grant said the postcard was sent exclusively to ticket holders in the city. The mailer said 74 percent of Denver voters wanted the arena to be included on the ballot. It said those responses were based on a poll of 1,000 likely voters last month with at least 90 respondents from each of the city’s council districts.

“We are aware some councilmembers reacted negatively, but we also heard from councilmembers who appreciated the communication,” Grant said in his statement. “If city council includes the arena in the bond package, we anticipate there will be a privately funded campaign that we will participate in.” 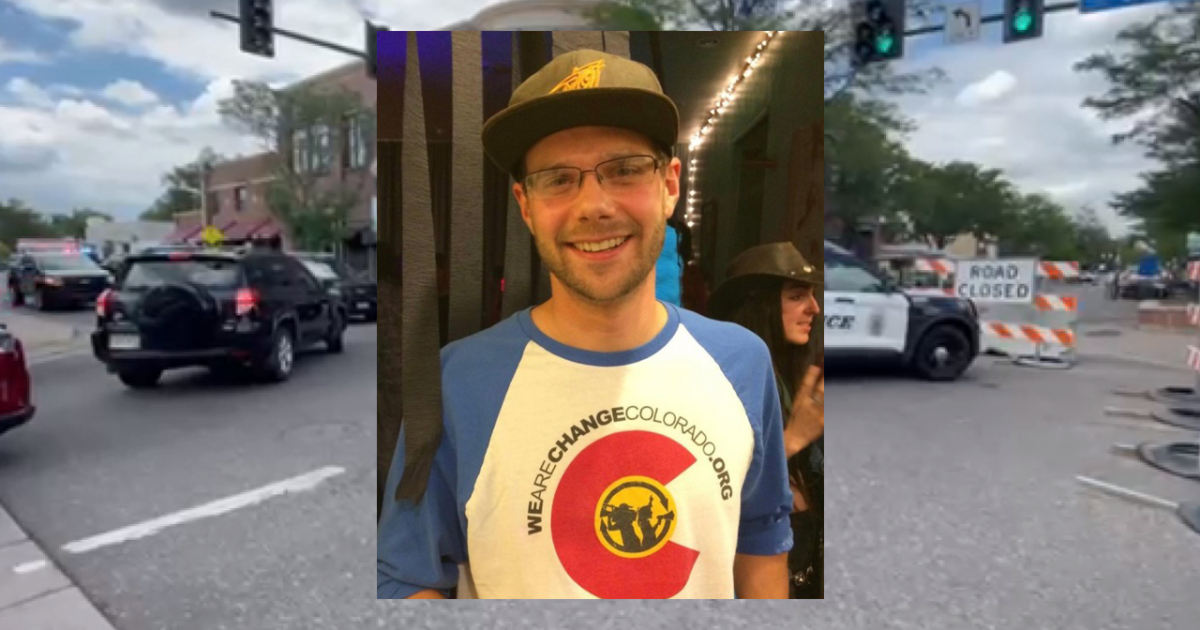 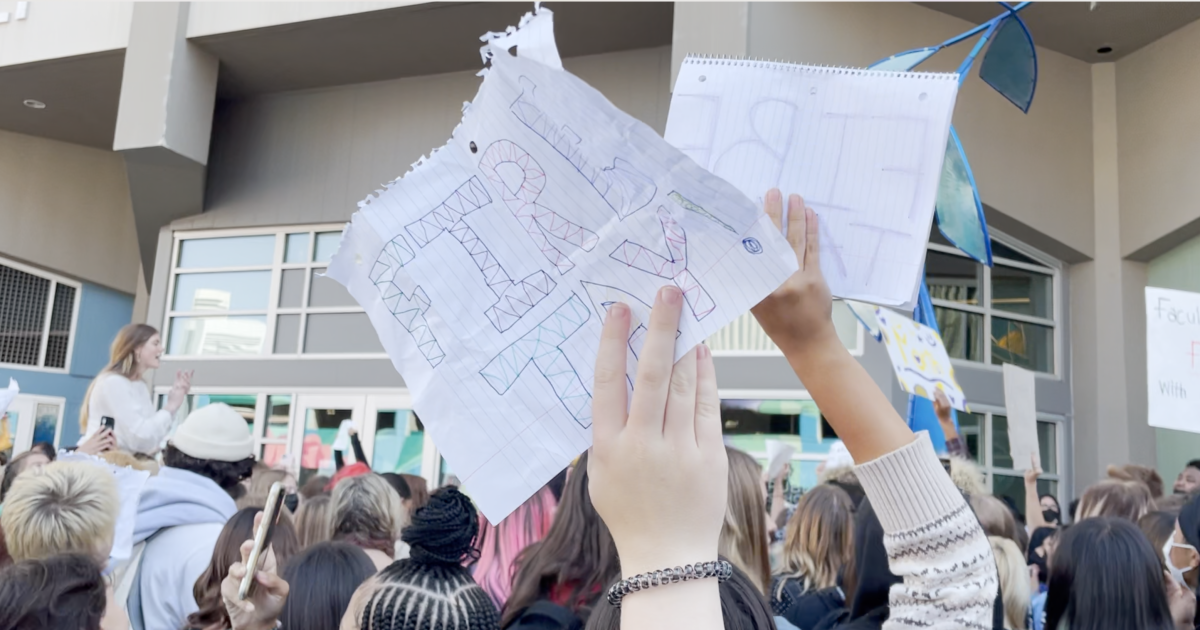