Missed connections. Paris Hilton could have been BFFs — or frenemies — with Heidi Montag and the rest of the cast of The Hills.

The Simple Life alum, 39, revealed on Watch What Happens Live With Andy Cohen on Tuesday, September 15, that she was asked multiple times to appear on the reality show’s 2019 reboot, The Hills: New Beginnings.

“Yes, I did say no to it a ton of times,” Hilton said. Fellow guest Jenna Bush Hager asked whether Hilton had appeared on the original series. The House of Wax actress replied, “No, but they wanted me both times. I said no.”

Hilton added that she’s received numerous requests for reality shows over the years, but she turns them down due to her busy schedule.

“Every single day we get different calls, people pitching shows and I always say no,” she said. “I’m too focused on my business and I don’t have time for that. When they call me with something, I always just say I don’t have time.”

Us Weekly broke the news in March that Caroline D’Amore had joined the cast for season 2. Barton, 34, and Stephanie, also 34, will not be back for the second season.

Although Hilton never appeared on The Hills, she became a reality TV icon on The Simple Life alongside costar Nicole Richie from 2003 to 2007. The DJ didn’t share her true self in front of the cameras until her documentary, This Is Paris, which premiered on YouTube on Monday, September 14.

Hilton exclusively told Us in January that her ditzy persona on The Simple Life was an act and her documentary features her real personality.

“This is something I’ve never done before, just from always playing a character, being this persona. That’s all I’ve ever known or ever been,” she said at the time.

This Is Paris dives into her true self and traumatic upbringing, which Hilton admitted was a hard adjustment.

“Even watching, I was like, ‘Oh my God, can we cut this?’ They’re like, ‘Nope, you don’t have editing approval,’” she said. “It’s a very vulnerable position, but it’s also very empowering. I feel, especially it being 2020, I think it’s all about being real and authentic and showing who you truly are. Some parts are very traumatic or hard in my life and I want to be able to tell my story so people can understand me and also understand themselves.” 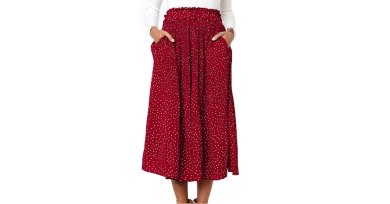 Had a ‘Breakdown’ After Baby – Hollywood Life 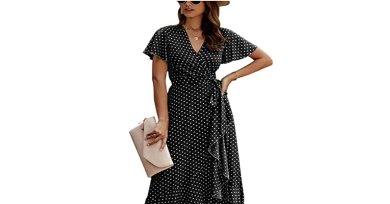 ECOWISH Dress Is One You Can Wear in the Spring, Summer and Fall 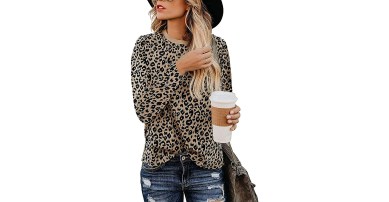 Lamibaby Leopard Tee Is the Easiest Way to Make a Statement