Southwest Airlines’ flight cancellations fueled partisan claims over the weekend that transportation workers were protesting COVID-19 vaccine requirements and causing the cancellations. But there’s no evidence that workers staged protests. The Federal Aviation Administration, the airline and labor unions have all cited other reasons.

Southwest Airlines cancelled more than 2,500 flights between Friday, Oct. 8 and Tuesday, Oct. 12, the company told us in an email. Several factors led to the cancellations, which we’ll explain below.

Over the weekend, though, social media churned the company’s disarray into criticism of President Joe Biden’s COVID-19 vaccine mandates, claiming the cancellations were due to transportation-industry workers’ protests against the mandates. There is no evidence that workers staged protests.

But, on Oct. 9, a Twitter account that posts former President Donald Trump’s statements and other political content shared a TikTok video recorded in the Orlando International Airport. It added this claim: “BREAKING: Air Traffic Controllers In Jacksonville, FL Staged A Walkout Yesterday In Response To The Vaccine Mandate It’s Being Reported That All Flights In & Out Of FL Were Cancelled As A Result Mainstream Media Chose Not To Report On This As Of Yet.”

Texas Sen. Ted Cruz made a similar claim on Twitter the same day, adding that there was a shortage of pilots, too. “Joe Biden’s illegal vaccine mandate at work! Suddenly, we’re short on pilots & air traffic controllers. #ThanksJoe,” Cruz wrote, with a link to a CNBC story about Southwest’s problems.

On Monday, conservative commentators Benny Johnson and Candace Owens posted a video of an airline pilot advocating against vaccine requirements. The video was viewed more than 2 million times on Twitter.

With it, Owens wrote: “FINALLY!! People are saying ENOUGH IS ENOUGH with these tyrannical mandates. I am so proud of this brave, Southwest Airlines pilot— and ALL the pilots, flight attendants, nurses, and individuals that are choosing freedom over tyranny.”

But Shawn Walker, the pilot in the video, doesn’t work for Southwest, the company confirmed to us in an email. Walker identified himself as an American Airlines pilot on his LinkedIn page, but American Airlines didn’t answer our question about whether he works there. The video was originally posted to Walker’s TikTok account that promotes his CBD supplement website.

It’s also worth noting that nowhere in the video did Walker say that he was participating in a work-related protest. Rather, he plugged an organization called US Freedom Flyers, which describes itself as “a group of transportation industry employees who have come together to fight federal and state mandates which aim to strip Citizens of their right to medical freedom.”

Fox News host Tucker Carlson also highlighted the US Freedom Flyers, interviewing Joshua Yoder, who identified himself as the group’s co-founder. Although Yoder advocated against the mandates, he also told Carlson, “I will never promote a sick-out or work action, that is illegal.”

Airline employees are governed by the Railway Labor Act, which despite its name has covered airline workers since 1936, according to a Congressional Research Service report. The labor law regulates collective bargaining rights, including when workers can strike, to prevent labor disputes that could interrupt railway and airline service and harm the economy, the CRS report said.

Carlson didn’t interview anyone who had participated in the purported protests, but he did claim that, to protest the mandates, “this weekend … a large number of Southwest pilots called out sick — they effectively shut down their airline … at the same moment they decided to do this, a large group of air traffic controllers apparently reached the very same conclusion.”

But we could find no evidence for those claims.

So, What Caused the Cancellations?

Southwest Airlines, the Federal Aviation Administration, and the unions representing Southwest’s pilots and air traffic controllers have all cited reasons other than vaccine-mandate protests for the cancellations.

That’s not to say that some airline employees or air traffic controllers aren’t opposed to getting vaccinated against COVID-19. United Airlines, for example, is reportedly firing 232 of its roughly 67,000 U.S. employees because they have not complied with its vaccine requirement.

It’s also possible that some workers may have called in sick to demonstrate their objection to the vaccine requirements. Southwest had announced on Oct. 4 that all employees would have to comply with Biden’s executive order requiring federal contractors to be vaccinated against COVID-19. On Oct. 8, a day before the extensive flight cancellations, the union that represents Southwest’s pilots sought to block the requirement, telling a federal court that the terms hadn’t been properly negotiated.

But, if anyone did call in sick, those workers don’t appear to have caused Southwest’s problems.

Here’s how the problems unfolded, according to what is publicly available:

On Oct. 10, the FAA said that “Flight delays & cancellations occurred for a few hours Friday PM due to widespread severe weather, military training, & limited staffing in one area of the Jacksonville en route center.”

The Jacksonville Air Route Traffic Control Center is one of 20 air traffic control hubs across the country that keep planes moving between airports.

A local news station reported on a letter citing an FAA official, saying the center had “some staffing issues” late on Friday, Oct. 8, which were due to “[n]ormal approved leave” and “[c]ontrollers who received either their first or second dose of the vaccine and by policy are required to stay at home for (48) hours to self-monitor for side effects……thus creating some staffing issues.”

We reached out to the control center to confirm that this was the case, and we were referred to the FAA, which did not respond to our requests for comment.

“We are aware that there was weather that affected operations at Jacksonville Air Route Traffic Control Center on Friday, a common occurrence in that facility’s airspace,” Doug Church, spokesman for the air traffic controllers’ union, the National Air Traffic Controllers Association, told us in an email.

“We are unaware of anything else that may have caused delays,” he said.

The Southwest Airlines Pilots Association weighed in on Oct. 10, saying in a statement: “There are false claims of job actions by Southwest Pilots currently gaining traction on social media and making their way into mainstream news. I can say with certainty that there are no work slowdowns or sickouts either related to the recent mandatory vaccine mandate or otherwise.”

Casey Murray, the union president, told the Dallas Morning News the following day, “We have the data from this weekend and our sick rates were exactly in line with where they were all summer with the same kind of operational disasters.”

Southwest’s chief operating officer, Mike Van de Ven, also said that the rate of sick calls was normal. “There’s no indication in any of our data that there is anything going on nefariously with respect to any type of activity like that,” Van de Ven told USA Today.

He also explained that Florida is “a critical node in our network,” with about half of Southwest’s planes flying through the state every day.

“So when we have a disruption, a significant disruption, in Florida, it tends to spread to our entire network,” Van de Ven reportedly said. “And that was the situation that happened to us on Friday.”

“When you do that, you don’t sort of shuttle back and forth to a hub, it makes the recovery much more complicated because pilots are stuck all over the country. And you can’t just substitute one flight for another coming in and out of the hub,” Joe Schwieterman, a transportation expert and professor at DePaul University, told NPR in an Oct. 13 interview.

Also, the same problems that Southwest pointed to — weather and air traffic control issues — affect the industry as a whole, Henry Harteveldt, a travel industry analyst, said in the same NPR report.

But, Harteveldt said, “while other airlines were able to snap back to their normal level of operation fairly quickly, Southwest has been struggling. And on Sunday, they just had a total meltdown.”

On Monday, as claims about the cancellations were flourishing, the FAA again took to Twitter to clarify: “To be clear: None of the information from Southwest, its pilots union, or the FAA indicates that this weekend’s cancellations were related to vaccine mandates.”

So, there’s no evidence that worker protests led to Southwest’s cancellations over the weekend, but there is evidence that a combination of other factors combined to cause logistical problems for the company.

Editor’s note: SciCheck’s COVID-19/Vaccination Project is made possible by a grant from the Robert Wood Johnson Foundation. The foundation has no control over FactCheck.org’s editorial decisions, and the views expressed in our articles do not necessarily reflect the views of the foundation. The goal of the project is to increase exposure to accurate information about COVID-19 and vaccines, while decreasing the impact of misinformation.

Southwest Airlines (@SouthwestAir). “ATC issues and disruptive weather have resulted in a high volume of cancellations throughout the weekend while we work to recover our operation. We appreciate your patience as we accommodate affected Customers, and Customer Service wait times are longer than usual.” Twitter. 9 Oct 2021.

Schaper, David. “Southwest Airlines widespread cancellations could be a sign of things to come.” NPR. 13 Oct 2021.

The FAA (@FAANews). “To be clear: None of the information from Southwest, its pilots union, or the FAA indicates that this weekend’s cancellations were related to vaccine mandates.” Twitter. 11 Oct 2021. 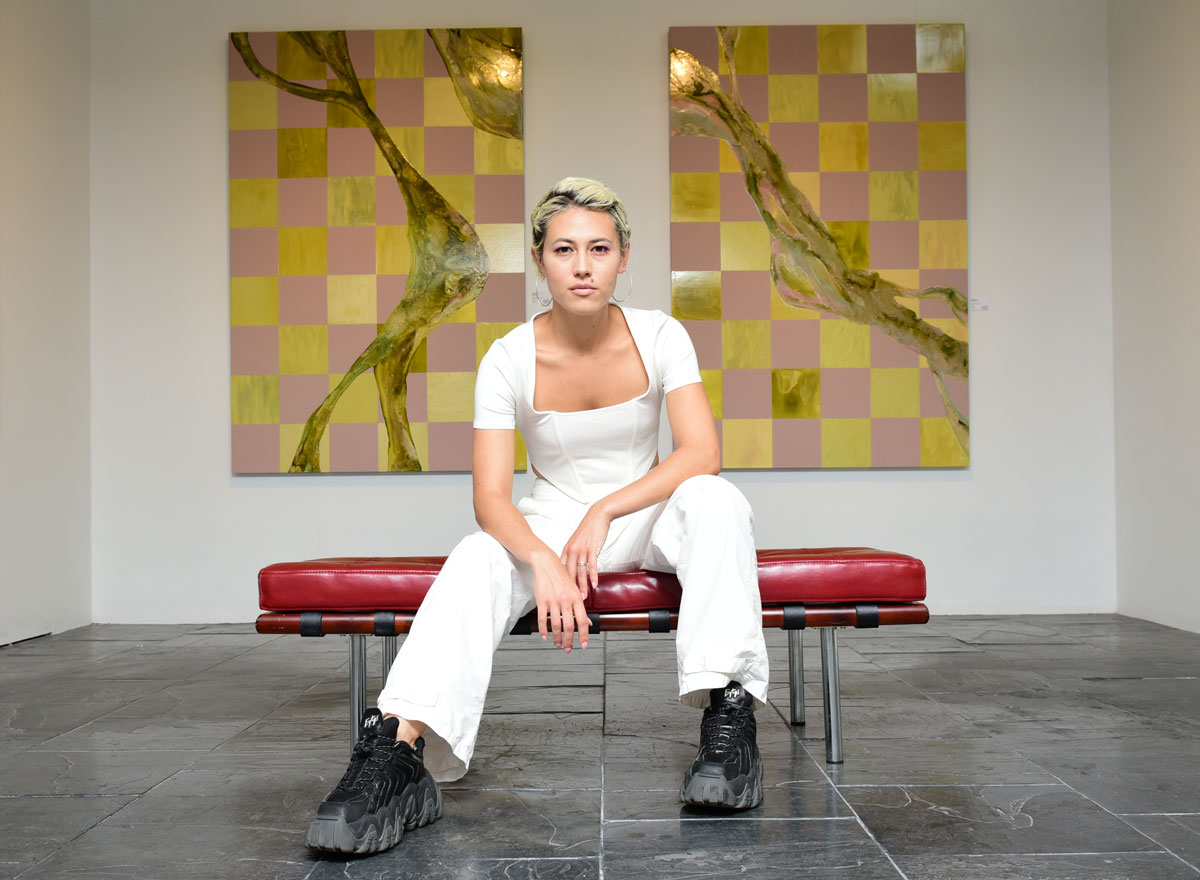