I’m Art Kumbalek and man oh manischewitz what a world, ain’a? So listen, there is this: From Bob Woodward’s new book, Rage, that features interviews with the Trumpel-thinskin himself, we have the Orange Circus Peanut on his vaunted reputation as a formidable rocket scientist: His uncle, as he has said many times, was a brilliant MIT professor who knew about nuclear weapons—“so I understand that stuff,” the president says. “You know, genetically.” What the fock.

On the other hand, from what I’ve read about the Trump family, I understand that his father, Fred Trump, was a colossal dick-and-a-half; so yeah, genetics, and physics, in that the apple doesn’t fall from the tree, ain’a?

And also, NBC News, from the Woodward book:

Trump told Woodward he did not believe former President Barack Obama was smart, according to the (Washington) Post. “I think he’s highly overrated. And I don’t think he’s a great speaker,” Trump told Woodward, adding that Korean leader Kim Jong Un thought Obama was “an a–hole.” You got to be jerking my beefaroni: Kim Jong Un, U.S. presidential scholar and historian. Who knew?

Anyways, it struck me upside the noggin the other day that, what with the COVID and all kind of change of habit, there may be fresh readers attracted to the Shepherd website and the fan-focking-tabulous monthly print publication. And that those unwary or non-focking-informed first-time reader-consumers may not know what they’re getting themselves into when they peruse my constant essay, “Art For Art’s Sake.”

So what follows is an obligation I must take, periodically. It is my “product warning,” “consumer caution,” “Hit the Dirt!” citation. Space will prevent me from sounding the alarm every week; so I would behoove you to either memorize the following or print this page and tape it to your refrigerator so’s that you can refer to it in the future before digesting my latest dispatch, what the fock.

Warning: The views, news and opinions expressed in any one of my essays are strictly mine and they ought to be yours, too. And because they might not be yours, too, is the reason I churn out these goddamn essays in the first focking place ’cause I tell you, if everybody and his brother thought and felt about things the same way I did, I’d find regular life to be a much more many-splendored thing than I currently do; and so there’d be no need for me to write an essay anymore and no need for you to read them and get bent all out of shape. It’s all so simple.


And don’t forget you can sometimes come away with some good old-fashioned useful information as a reward for slogging through the rest of what you might feel is bald-faced blather. For example, how ’bout right now I give you a diet tip I found in a little story about a dangerous food to avoid, OK?

So this dietitian was gasbagging a large audience the other day to the tune of “The material we put into our stomachs is enough to have killed most of us sitting here years ago. Red meat is awful. Soft drinks erode your stomach lining. Chinese food is loaded with MSG. Vegetables can be disastrous to some. And none of us realize the long-term harm caused by the germs in our drinking water. But there is one thing that is the most dangerous of all, and we all have eaten or will eat it. Can anyone here tell me what food it is that causes the most grief and suffering for years after eating it?”

Some old guy in the back row stood up and said, “Yeah, wedding cake.”

Warning: This essay will contain plenty of crude as well as a smattering of purportedly foul language that some would swear doesn’t have a place in so-called “good writing,” which leads directly to the next warning. (Sorry about the four “fockings,” three “fock” and one “goddamn” that already got focking slipped in above before you got to this warning.)

Warning: This essay has abso-focking-lutely nothing to do with “good” writing. Hey, this is a magazine/website, not Oprah’s Book Club, for christ sakes. Now about this supposed need to segregate your foul language from your good writing: This was not hardly always some kind of standard of choice on the part of writers who today are known as “good” who wrote books yesterday that today are known as “good.” Hell, no.

Nay, a segregated and separated state of fair/foul was for two reasons: one, ’cause of the heavy-duty censorship going around like small pox in the olden days; and two, because people got the short-stick on freedom of expression, they were long on reading ’tweenst the lines.

In fact, I’ve delved into some hardcore investigation and boned up on this very topic whatever-it-is, and wouldn’t you gast your flabber to know that Hermie Melville’s original title to the whale book was Moby Focking Dick until some pisspot wrote a prissy letter to his publisher? Same damn thing happened to the Russian guy Dostoyevsky (The Brothers Kara Focking Mazov), and it happened more recently to Papa “Watch Where You’re Aiming That Thing” Hemingway (For Whom the Focking Bell Tolls). Jeez louise, they even made one guy change his own name, from Fockner to Faulkner.

The last instance of this practice occurring that I know of came in 1960 with Harper Lee’s To Kill a Fockingbird just so it could win one of those Pulitzer Prizes. She was so upset with the forced title change to “Mockingbird” that she never wanted to publish another book the rest of her life, I kid you not.

Warning: Do not, I repeat, do not even think of operating any kind of machine while reading this essay, with the exception of a cigarette lighter or cocktail blender.

A Supplement Fact to be Repeated: It’s my job to speak the unspeakable, think the unthinkable, make up the unmakeable and ledge the illegible, not yours—and don’t forget to VOTE—’cause I’m Art Kumbalek and I told you so.

Visualizing the Quarantine at Wisconsin Museum of Quilts and Fiber Arts – Milwaukee, Wisconsin 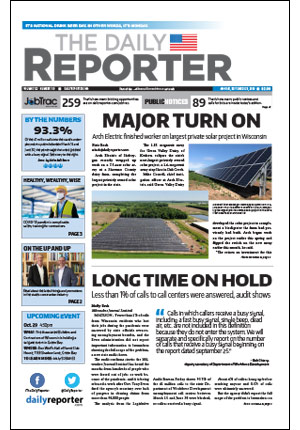 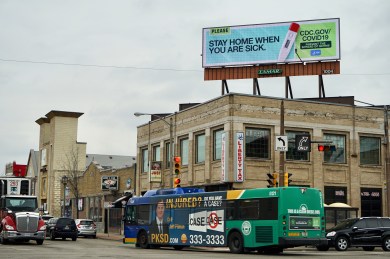 The NNS coronavirus update: What Milwaukee residents need to know the week of Sept. 28 – Milwaukee, Wisconsin