It is tempting to see the EU’s budget of over € 1 billion and the standoffs against the € 750 billion pandemic recovery plan as a serious crisis to divide Europe. Between East and West, old and new members, conservatives and liberals, national sovereignty and federalism. It’s fascinating, but it’s wrong — and worse than wrong, it’s harmful.

Hungary and Poland are refusing the next budget and recovery fund in protest of the new rule of linking EU funds to the rule of law and protecting the use of funds. They agreed to the “conditional” rule of law in July, but denounced the mechanism as an unmanageable ideological attack by Western liberals on socially conservative and anti-immigrant values. ing.

But this is not a division of the East-West Church. Among the countries that have joined the EU since 2004, Hungary and Poland are not alone in that they have Trumpian politicians and corruption issues. But only they refused the budget. Nor is it a civilized crusade against other parts of Europe. The Polish and Hungarian government stance offends the majority of their own citizens. Moreover, it is closely linked to the narrow interests of the ruling party and its politicians.

Poland’s budget veto has become a weapon of power struggle between Prime Minister Mateusz Moravietski and Minister of Justice Zbigniev Geobro over influence over the coalition controlled by the country’s de facto leader Jaroslaw Kacchinski. .. In Hungary, EU-funded contracts have enriched Prime Minister Victor Oban’s family and close friends. If it turns out to be in violation of the rule of law, it may be blocked under the new mechanism.

Violent attacks from Budapest and Warsaw need to see what it is. The turmoil of the dysfunctional political system has come to act as a megaphone for the personal devil and the attachment of two powerful individuals.

It’s a malfunction that readers don’t even care about hiding. Last Wednesday, Kaczynski said in parliament that the opposition was “bleeding in their hands” and “you will be trapped.” Orban re-developed his anti-Semitic conspiracy theory that the EU is carrying out George Soros’s errands — Mr. Orban’s former benefactor — “Operation” Hungarian “blackmail” to accept high-level immigrants. These are not the words of leaders who protest in good faith.

We must not underestimate the seriousness of their sabotage that ultimately flows from attempts to occupy the nation. However, dressing this up as an advocate for sovereignty, Christianity, and their national identity is suitable for Ms. Orban and Ms. Kachinsky at home and abroad. For everyone else, it’s important to say if it’s really a selfish battle. Raising it to a civilization dispute over European values ​​gives dictatorship the grandeur it covets, but it is not worth it. It risks inadvertently increasing the attractiveness of compromise and disturbing those who advocate a fair and transparent system in Europe.

They have to be nervous. Budapest and Warsaw have no good end to extract from this standoff unless given. If you look at what they are, you can see that they are also weaker than they look.

The rule of law mechanism does not require unanimity. Unless other parts of the EU succumb to the stagnation of Orban-Kaczynski, it will be a law. They can block as many new budgets as they like, but some money will continue to flow with a limited monthly rollover of the old budget, subject to the conditions of the new rule of law they oppose.

With regard to the Recovery Fund, the EU should pursue the liberal MEP Guy Verhofstadt’s proposal to establish it for the other 25 countries under “enhanced cooperation”. This will allow the EU structure to be used for projects that only some members want to participate in. If Hungary and Poland are included in the fund, they will be large net beneficiaries and the borrowing of the recovery fund will be somewhat credible.

Some recall the veto of former British Prime Minister David Cameron in the December 2011 EU Fiscal Treaty, which other leaders went without him. That road led to Brexit, so this discussion continues. Note that we do the same in Hungary and Poland.

The analogy is wrong. Britain’s veto reflects the real problem of national interests associated with the lack of accession of large financial centers to the euro area, and even the most sympathetic tensions in the EU among UK policy makers. I admit. Eventually the EU responded to these legitimate interests. The veto powers of Hungary and Poland do not reflect national interests or political projects, only personal ones. However, both are economically dependent on Europe.

The correct lessons that the EU learns from Britain’s history with Europe are old. Please stay calm.

Shallow self-interest shapes the confrontation of EU rule of law 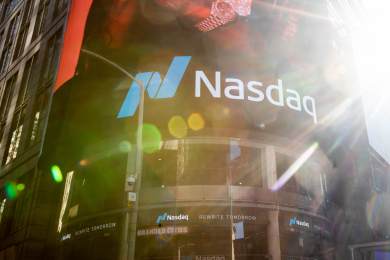 US stocks may return to highs in early trading 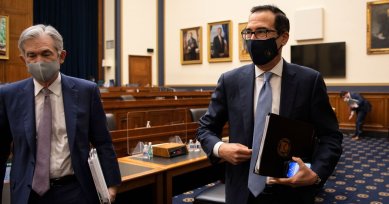 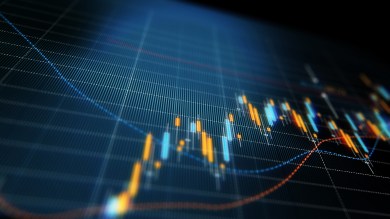 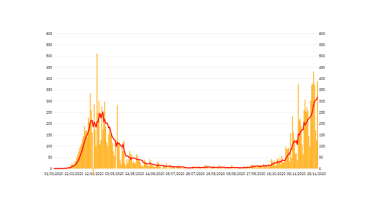