State Farm Arena is empty after an Atlanta Hawks game on Wednesday, March 11, 2020. All sports and entertainment events in the venue have been postponed until further notice. (Photo by: Itoro N. Umontuen/The Atlanta Voice)

On June 29th, it was announced that the Fulton County Board of Registration voted for the approval of the use of State Farm Arena for Georgia’s August run-off election and for early voting in November’s general election. Making State Farm Arena the largest polling location in Georgia.

The response from the August election was overwhelmingly positive according to Director of Marketing, Narcis Alikhani. “People shared their experience on social media about how quick and convenient the process was and how friendly and accommodating the staff was.”

With 18 days left before the voter registration deadline in Georgia and 47 days until the November election, the Atlanta Hawks and the Golden State Warriors partnered with ‘I am a voter’ and the Good Trouble campaign to create the ‘Voters Win’ competition.

Over the past couple of years, Golden State has worked with the ‘I am a voter’ platform and reached out to the Atlanta Hawks to learn more about their voting efforts.

‘I am a voter’ is a nonpartisan movement that aims to create a cultural shift around voting and civic engagement by unifying around the central truth: our democracy works best when we all participate. The Good Trouble campaign encourages the public to support voting rights.

“The Good Trouble campaign are the perfect partners to help launch this [competition] because we’re not only honoring the legacy of Congressman Lewis and his fight for voters rights but also providing important information to people as they get ready to cast their vote in this election, said Alikhani.”

The ‘Voters Win’ competition makes it easy for fans to get information on voting. Text Hawks or Warriors to 26797 to pledge to vote and you receive election updates customized to your state. You can check your registration status and register to vote. Fans will also receive reminders leading up to the election.

The competition mirrors an NBA game and features four quarters. At the end of each quarter, the team that collects the most pledges from fans will receive the John Lewis: Good Trouble Trophy. The Atlanta Hawks won the first quarter and are currently trailing Golden State in the second quarter with 42.5% pledges. The Warriors have 57.5% pledges.

With the Milwaukee Bucks staging a walkout a few weeks ago, Alikhani discussed how the Hawks organizing re-energized and recommitted their efforts to drive change and conversation in the community.

“It was inspiring to see the NBA players’ commitment towards positive change and it’s also inspiring to see the NBA team owned arenas converting their facilities into voting locations. We’re really just proud of our organization for being at the forefront of this effort and to be able to serve as a resource for those undertaking this operation. It really inspired us to increase our efforts in addition to running a voting location and providing voter access, voter education has become a big part of our effort as well.”

The Atlanta Hawks will continue pushing out relevant information around key dates such as the deadline to register to vote in Georgia as well as early voting information at State Farm Arena from Oct. 12th – 30th. How will they do it? Working with media partners, Fulton County and a big digital push to get the word out.

“Continuing working with local officials to see how we can support needs and if the arena is available for future elections now have the knowledge and blueprint to make it happen.”

People can text HAWKS to 26797 to receive election updates customized to their state of residence. 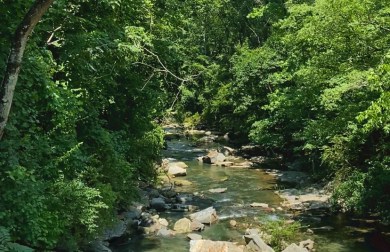 Where to escape for a solitary walk near metro Atlanta – Atlanta, Georgia 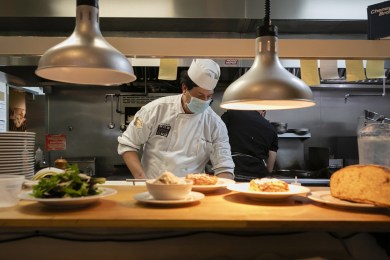