Unfortunately, there’s no way to say ‘Hola’ without eventually saying ‘Adios,’ and while Vicente ‘Tito’ Avellaneda and his wife, Isabel, said hello to the community 45 years ago at the opening of Tito’s Bakery on Broadway, this summer they have sadly had to say good-bye as they closed the store so they could retire.

On Aug. 8, Tito’s Bakery served it’s last Bulkie roll, it’s final cup of joe and the last sandwich and pastry on Broadway – a bakery that has stood the test of time and has changed with the tastes and the population of the city over the years.

“So much time, so many things in between in those 45 years,” said Tito in an interview on Tuesday.

“When my father opened up in 1980 here, he was the first Latino business established on Broadway,” said his son, Council President Roy Avellaneda. “Now to say you are a Latino-owned business on Broadway is anything but unique. Honestly, the transition of Chelsea can be tracked through the display case in my father’s bakery. When he started he had coffee rolls, cheese Danish, Bulkies, frozen dough, figure eights and half-moons. That was what was selling back then and what people wanted. The display case now has been filled with Mexican bread and a lot of Salvadoran pastries and tres leches. It’s completely different. It shows how the product transitioned with the clientele.”

Beyond the great products in the past and present, though, is the loss of community that was sparked by Tito’s. It was a place where neighbors gathered, where they spoke Spanish and they spoke English and caught up with each other. It was also a familiar place people who had left Chelsea would come back to and enjoy fond memories. That, for the Avellaneda family, is the greatest loss.

“The sadness that is felt by so many as a whole is because Tito’s wasn’t just a bakery, but it was a community and the first stop for many who came to Chelsea,” said Roy. “It’s where you got the Chelsea Record, El Mundo, Planeta, The Vocero. You went there to catch up with neighbors and the news. You went there for job leads, or a potential apartment rental. It was as much a bakery as it was a community center for residents, especially those who were immigrants.”

Tito told the Record he became a baker at an early age when his mother brought him to a baker in Rosario, Argentina. He had been rambunctious and to keep him out of trouble, she figured he could learn to bake. And he did.

After compulsory military service in Argentina at the ages of 18 to 20, he opened his first bakery in Argentina. There, he had a coffee shop and bakery, but would also sell his goods to local stores in the area to broaden his reach – something he actually perfected at Tito’s many years later (though not many know that, he said).

However, he had come on a tourist visa, and was eventually sent out of the country. The baker’s union, however, sponsored him so that he could get his Green Card and he returned to the U.S. free and clear and went back to Kasanofs. On the side, to make extra money, he would often work at the pizza shops and make their dough for them.

That’s where he got acquainted with the Falzone family, who now own John’s Pizza on Central Avenue. Tito worked with Giovanni Falzone at his Chelsea bakery and eventually they became partners; Tito ran the bakery/coffee shop and Giovanni ran the pizza side. Eventually Tito bought him out and started Tito’s Bakery in Chelsea Square.

After a good run there, he needed to expand to branch out into his wholesale business and create a reach for the Tito’s brand beyond Chelsea.

“My father was not just operating in Chelsea with the coffee shop and bakery,” said Roy. “He was putting a lot of product on the wholesale market that was being sold in the bodegas and Latino supermarkets in Boston. That growth required an expansion.”

That is where Tito said a great friendship between himself and the Chelsea Record newspaper began. Late Record publisher Andrew Quigley owned the current Tito’s location and stored rolls of paper for the Record there. Tito had expressed an interest in the building, but so had others. Despite better offers, Quigley decided he would rather give a break to a hard-working baker from Argentina.

“If there’s anyone to talk about why Tito’s Bakery opened and grew, it’s Mr. Quigley,” said Tito. “If anyone gets any credit for the location and the success, I have to give a lot of credit to Andrew Quigley – the owner of the Chelsea Record at the time. Mr. Quigley saw all the hard work I had been doing down the street for some time and he recognized my potential and hard work and wanted to give me a chance. He told me, ‘I’m getting some better offers, but I think I’m selling it to the better guy.’”

From that time, forward, the business took off. Many in Chelsea were regulars, including staff members at the time from the Chelsea Record. Over time, more and more came to the bakery – even those that had left.

He said he loved the variety he had at Tito’s, and was hard pressed to say what his favorite item was. In the end, he said he enjoyed the ‘Butterflies.’

However, Roy said he believed it was the tremendous variety of breads he served that were his favorites. That included the well-known Bulkie that he had learned to make so long ago on Blue Hill Avenue.

“When he started in the 1980s, there was still a Jewish population in Chelsea and that was a popular item,” said Roy. “To the last day, he was making the Bulkie rolls and cream cheese. That was even popular with the Central Americans that came in and loved the sandwiches because of the Bulkie roll he used that he learned to make so many years ago at Kasanofs Bakery.”

Tito, now 74, and Roy both said that it wasn’t so much COVID-19 that closed down the bakery, but it did hasten the decision.

“He’s been working since he was 14 and he deserves a rest and that’s the plan,” said Roy. “It’s a fitting end. There were questions about whether COVID-19 was behind the decision, but not so much. COVID-19 probably pushed along the decision. The real reason is he needs to enjoy his life now.” 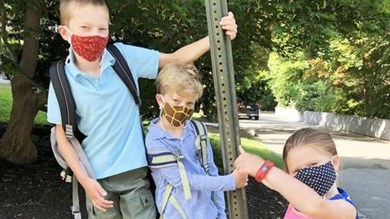 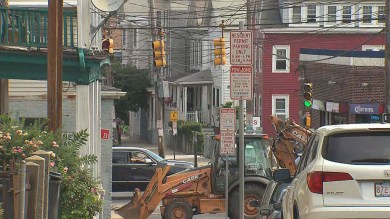