The Competitive Appeals Commission (CAB) has dismissed Uber’s appeal against the finding that the ridehailing company’s merger with Grab in 2018 is anti-competitive.

Therefore, Uber will have to pay a fine of S $ 6.58 million imposed by the Australian Competition and Consumer Commission (CCCS) in 2018. US-based companies have been ordered to pay CCCS costs in connection with their appeal.

In September 2018, CCCS discovered that Uber had “significantly reduced competition” in the city as Uber sold its Southeast Asian business to Grab in exchange for a 27.5% stake in a Singapore-based company. Did. State ride-hailing service department.

Grab did not disagree with the decision and paid a fine of S $ 6.41 million. Uber has appealed to the CAB to withhold the decision or reduce the penalties imposed.

However, in a decision made on December 29, the CAB issued a fine to Uber and instructions issued by CCCS to Uber and Grab to mitigate the impact of the merger on the openness of drivers, riders, and ride hailing. Supported. Market to new players.

Get the latest information on startups
And business news

The CAB said Singapore has a voluntary merger system, but this does not mean that there is no risk of proceeding with the merger before notifying CCCS.

In situations where the merger is irreversible, as in the case of Uber, the parties are at risk of violating competition law. The parties may also carry the additional risk that the CCCS may reject any subsequent commitments they make to improve or mitigate the situation as inappropriate or inappropriate.

The Appeals Commission also considers the need for CCCS to discourage companies from engaging in anti-competitive practices when deciding whether to accept a commitment and instead directs the merged parties, including fines. Insisted that it could be decided.

In particular, the CAB said the CCCS can do so even if the commitment provided by the parties is actually sufficient to correct or prevent a significant reduction in competition (SLC) resulting from the merger. ..

Sia Aik Kor, Chief Executive Officer of CCCS, said: “The CAB’s decision confirms the key findings of the CCCS’s infringement decision and reinforces the message that mergers that significantly reduce competition in Singapore are prohibited.

The merged parties can self-assess whether the transaction will significantly reduce competition, but if they are uncertain or concerned, they should apply for guidance or a decision from CCCS.

Despite competitive concerns, the parties are at risk of violating Article 54 of the Competition Law if they choose to continue without permission from CCCS. CCCS may investigate and take enforcement action if there is a “reasonable reason to suspect that an anti-competitive merger has been completed or is expected.” 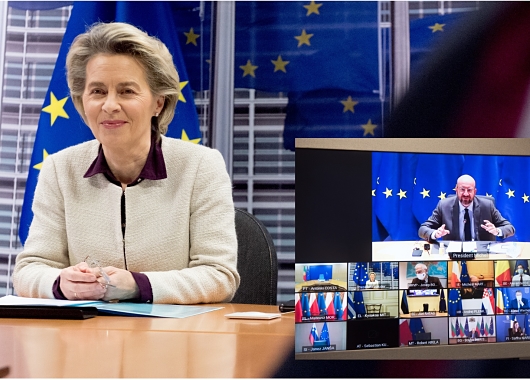