Vallejo, Calif. – The Vallejo Police Officers’ Association today urged the City of Vallejo to join together in making important changes and reforms to improve policing, public safety, bring the department into 21 Century policing, and to build trust and credibility for police officers, the City and future generations.

“In light of the fact that VPOA members are typically the only representatives of the City directly interacting with the community on a daily basis, we urge the City to prioritize implementing these changes as soon as possible to advance public safety and to ensure our police force is at the forefront of improving and enhancing community relationships, openness, fairness, and public and police safety,” the VPOA letter says.

Specifically, the VPOA called upon the City to work together to adopt the vast majority of recommended reforms and changes from two independent studies commissioned by the City of Vallejo.

The first independent study by Police Strategies LLC in June on use of force concluded that Vallejo police officers are racially unbiased and equitable in their application of force. The second independent report by OIR Group in May offered 45 recommended changes and reforms to VPD.

“As the use of force is a critical component in the national discussion on policing, this is something we should all celebrate and take great pride in as we discuss local reforms,” the VPOA letter to the city states. The VPOA said it believes the report’s data is import in guiding positive changes.

The second independent report by the OIR Group offered 45 recommendations to improve policing in Vallejo. The letter to the city states that VPD has implemented a handful of the recommendations, but overall, it notes that “progress has been slow, sowing doubt as to the City’s commitment to improving and modernizing the Vallejo Police Department. As the VPOA has stated on numerous occasions, the members support the vast majority of the OIR Group’s recommendations.”

The letter to the City and Chief says that despite the shared objectives of the Chief and VPOA officers, the Office of the Chief of Police has rejected the VPOA’s repeated requests to collaborate on implementing these reforms in a timely manner.

“While we in the midst of a national discussion on the relationship between law enforcement and the communities they serve, it is critical that we inform before we reform, as any meaningful discussion must be rooted in fact to avoid politicizing public safety,” the VPOA board of directors wrote in a letter to City leaders and the Vallejo Chief of Police.

The VPOA letter urges the Chief and City leadership to meet and confer on the handful of recommendations that require more evaluation and consideration.

“As Chief Williams has publicly professed his belief in the tenets of 21st Century Policing, it is appropriate to remind the City of two principles of this important philosophy,” the latter states:

“First, 21st Century Policing recognizes that in order to achieve internal legitimacy, law enforcement agencies should involve employees in the process of developing policies and procedures. As the elected representatives of the sworn personnel of the Vallejo Police Department, this letter of support and collaboration from the VPOA should be recognized as an incredible opportunity to move the Department forward in a positive direction.

“Second, 21st Century Policing acknowledges that law enforcement agencies should proactively promote public trust by initiating positive non-enforcement activities to engage communities. To achieve this goal, we must significantly enhance our staffing. The City of Vallejo needs to immediately hire more highly qualified police officers and focus upon increased diversity of race, gender, and ethnicity in its recruiting effort.

“We need these officers now. As the Chief noted in his Exceptional Policing Model, the City of Vallejo needs 180 police officers. Right now, we have roughly 60 percent of the staffing necessary to protect Vallejo. This must change to ensure the safety of the public and our police officers. In summary, the VPOA wants to see positive change for the community, for the City, for ourselves, and for future generations. We urge the City to work with us to make these substantive changes as quickly as possible to the benefit of all stakeholders.”

The VPOA letter urges immediate action and cooperation from the city because the VPOA is “deeply concerned by the current rise in crime, including rape, robbery, and assault, as well as the escalating murder rate which is on pace to make 2020 the deadliest year on record.”

“As guardians of the City and its residents, our members are not currently afforded the staffing, tools, and equipment that are necessary to stem the tide of violence that is overtaking our beloved community. As we struggle to protect our residents’ homes and businesses, it is time to acknowledge that an understaffed and ill-equipped police force is destined to fail in its mission to keep the community safe,” the letter says.

The Vallejo Police Officers’ Association (VPOA) is the recognized bargaining unit between all Vallejo Police Officers and the City of Vallejo. Members include all ranks of Officers. The VPOA is committed to the safety and security of the citizens of Vallejo and the protection of life and property. For more information please visit http://www.vallejopoa.com

Note: this post based on a emailed letter sent to Zennie62Media from the VPOA. 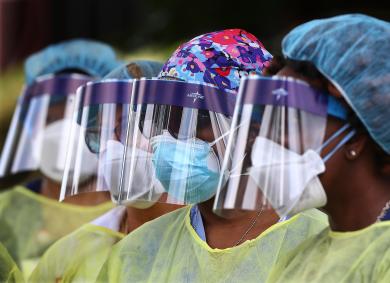 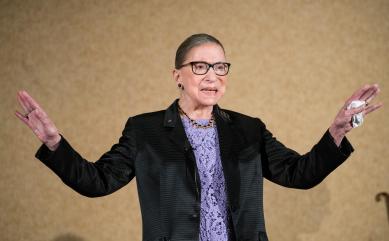 Ginsburg lies in state at US Capitol – Twin Cities

What would Minnesota Republicans do differently than Walz on COVID-19? 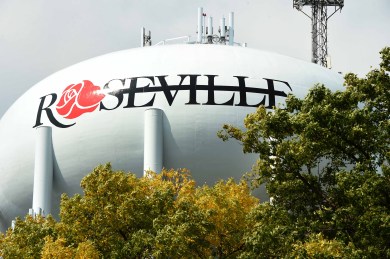 At a memorial forest in Scandia, a final resting place beneath the trees