Celebrating 40 years, The Wisconsin Area Music Industry (WAMI) will bring the state’s music community back together during its 40th Awards Show. This year’s show will take place Sunday, Oct. 17, at Turner Hall Ballroom. Doors open at 6 p.m., with the WAMI Awards Show beginning at 7 p.m.

A party celebrating the nominees on Sunday, Sept. 19 at 7 p.m. at The Saloon on Calhoun will feature live music from Ben Mulwana, The Keystones and Big Spoon. The party is free and open to the public.

The Wisconsin Area Music Industry is a volunteer organization dedicated to educating and recognizing the achievements and accomplishments of individuals in the Wisconsin music industry.

The group also provides opportunities for youth to perform in an annual Youth Music Showcase, while encouraging students and emerging artists by awarding scholarships to assist with their music education.

Semi-Twang formed in the mid ‘80s and quickly gained the music industry’s attention with a country-tinged, roots rock sound that would only later be described as Americana. The band, led by John Sieger, signed with Warner Bros. Records and released their debut album, Salty Tears, to critical acclaim in 1988. After a considerable break, Shank Hall owner Peter Jest asked the band to do a reunion show in 2009 for the venue’s 20th anniversary, and they discovered they still enjoyed playing together. Semi-Twang released their second album, Wages of Sin, in 2011. They’ve since released two more albums, with their latest, Kenosha arriving in 2018.

At 107, drummer Viola Smith was likely the oldest, still playing professional musician before passing away in 2020. Though Smith enters the WAMI Hall of Fame for contributions to music that go far deeper than her incredible longevity.

Smith, who grew up in Mount Calvary, was among the country’s first professional female drummers and paved a path for women behind her. In the 1920s and 1930s, Smith played in the Schmitz Sisters Family Orchestra founded by her father. She gained notoriety as the “world’s fastest girl drummer.”

Viola played with the NBC Symphony Orchestra. She performed with Ella Fitzgerald and Chick Webb. She also performed at President Harry Truman’s inauguration in 1949.

Viola played “The Ed Sullivan Show” five times and was the onstage drummer for the original 1960s Broadway production of Cabaret.

Interestingly, an accomplished and familiar voice from the world of Southern rock hails from the Dairyland. Kevn Kinney, a native of Milwaukee, developed here as a performer before moving to Atlanta in 1985. He went on to become a founding member of Drivin N Cryin.

Drivin N Cryin is already part of the Georgia Music Hall of Fame. Their front man will now be inducted into the WAMI Hall of Fame. The band quickly became a favorite in Atlanta’s club scene and later drew faithful audiences as a touring act. Their first commercially successful album, 1991’s Fly Me Courageous, received gold certification.

The songwriter, vocalist and guitarist formed the Americana and roots rock project, Sun Tangled Angel Revival, in 2002. He released an album with the Golden Palominos in 2011.

Milwaukee’s Esquires represent an important chapter within the city’s strong R&B history. The Esquires formed in 1957 and was originally made up of siblings Gilbert, Alvis and Betty Moorer. They went through some line-up changes by the time they broke out of Milwaukee and left their mark on a national audience. They signed with Bunky Records and their 1967 debut

record, “Get on Up,” climbed the charts. The single reached number 3 on the R&B charts and number 11 on the pop chart. Upon its popularity, they played Chicago’s Regal Theater and the Apollo Theatre in New York City. The Esquires released subsequent singles and one full-length album. Their 1971 single, “Girls in the City,” reached 18 on the U.S. R&B chart.

WAMI’s newly created Wall of Honor recognizes the excellence of musicians more broadly known as entertainers. It also recognizes the organizations and people who often work behind the scenes to enrich Wisconsin through music.

The 2021 inductees to the WAMI Wall Of Honor is an impressive cast.

There are few musicians woven into the community fabric of Milwaukee and Southeastern Wisconsin as extensively as Eddie Butts. Most everyone has seen the Eddie Butts Band and they’ve become synonymous with celebration in the region whether it’s the wedding reception, community festival or a day at Summerfest or the Wisconsin State Fair.

The drummer and vocalist established his band in 1974. They’ve sustained an audience over more than four decades with skilled musicianship and a blend of R&B, pop and jazz.

The national acclaim gathered by Milwaukee’s Summerfest is a testament to its leadership’s dedication, knowledge and love of music. No one has demonstrated those traits quite like Vic Thomas, who serves as associate entertainment director for the festival. Thomas, a Milwaukee native, worked his first Summerfest on the grounds crew in 1974. It was right after he graduated high school as a means to earn money for college. Through college and a stint in the Air Force, he returned home for Summerfest and took on roles including hospitality

and security. Since 1986, Thomas’ role has included booking acts, negotiating contracts and coordinating entertainment staff. During the festival, he’s ever present on the grounds from open to close, managing entertainment from street performers to the main stages. Thomas has shown his love of music beyond the festival. He’s a former WAMI president and continues to serve as a member of its advisory committee.

She has one of the few voices that most anyone in Milwaukee would recognize. Marilynn Mee, who most recently served as the midday personality on 96.5 WKLH, has served up the rock and kept listeners company via the airwaves in Milwaukee for more than 30 years. Mee previously spent 18 years with the former Lazer 103, having joined the station at its inception. Her roles there included midday host and musical director. She was part of the Bob and Brian morning program.

Off the air, Mee is well known for her animal advocacy, having lent her name and time to humane societies and animal rescue groups. She’s the founder of MPD K9 Foundation. She’s known for her love of music and serves as proof that listeners tune into local radio for more than their favorite songs. She has also earned national recognition from the likes of Billboard magazine and Radio & Records.

If you’re from the Fox Valley and love live music, it’s more than likely came across the late Gary Shaw. Shaw learned he would receive a place on the Wall of Honor before he passed away in 2020.  If you’re a guitarist in the Fox Valley, chances are you’ve got some support and made some purchases from him. Shaw had long been regarded as a brilliant guitarist and was a regular player in the region for decades. He was most recently nominated for a WAMI in the guitarist category in 2018.

But for all Shaw accomplished with the instrument, he’s just as much known for the assistance he gave others along their musical paths. Shaw was manager of Henri’s Music of Appleton from 1977 through its closure in 2010.

Through Shaw’s efforts, Henri’s was a major contributor to a growing Fox Valley music scene. As other stores focused on pianos and band instruments, Shaw set Henri’s apart as the region’s rock and roll store and it became a gathering point for players. Shaw, meanwhile, was tireless in meeting the needs of working musicians. He later went to work for Island Music in Neenah.

The nonprofit organization Madison Area Music Association has honored and supported Madison area artists for nearly two decades while simultaneously planting the seeds for the next generation.

In following years, the MAMAs grew into an active nonprofit with a mission that extended to putting musical instruments into the hands of children. They’ve donated more than $75,000 in funds and gear to Madison Area music programs. Their goal is a future in which any child will have the chance to play music regardless of race, sex or economic background.

The organization has sought to support musicians in ways beyond recognition of their art. Its MAMA Cares program has raised and donated more than $20,000 to musicians and their families during time of medical need.

Tickets for the awards show are on sale now and available at https://www.pabsttheater.org/

Artist of the Year:

Rose of The West

Album of the Year:

Goran, Under a Nashville Sky

Song of the Year:

Betsy Ade & the Well-Known Strangers, “Light Up My Summer”

Zed Kenzo, “Not Froze Yet”

Krestfall, “Where Do I Belong?”

New Artist of the Year:

Ben Harold and The Rising

Male Vocalist of the Year:

Female Vocalist of the Year:

Singer/Songwriter of the Year:

Rising Star of the Year:

Reverend Raven and The Chain Smokin’

Lords of The Trident

Rose of The West

Laurel Sulfate & Her Ladies of Leisure

Stephen Cooper and The Nobody Famous

The Saloon on Calhoun 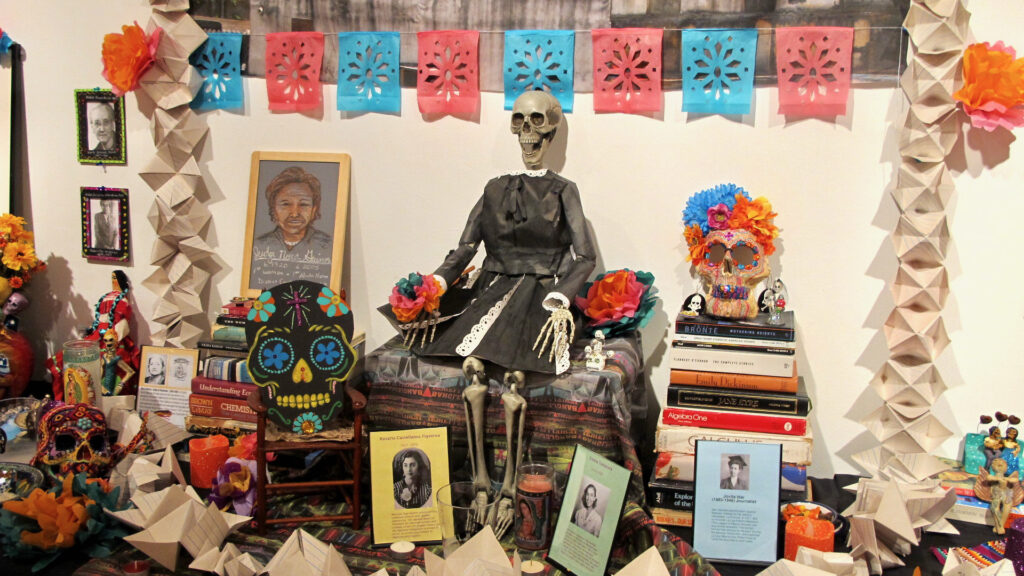