With less than a week away from the 2020 Census deadline, Sept. 30, Georgia has landed itself close to the bottom of the list for response rates in the United States with 92.3 percent of responses enumerated.

Field operations for the 2020 census are set to end Sept. 30, provided courts don’t grant requests for a month extension made by civil rights groups, cities, and counties.

According to data from the US Census Bureau, Georgia was second to last on the list, at the beginning of the month, and Alabama held down the bottom stop.

“There are a lot of factors going on with Georgia’s response rates,” said Anna Wrigley Miller, director of Georgia’s Planning, Research, Evaluation, and Communications Division. “All the agencies are kind of screaming about this now, too. There’s just been a lot of other things going on in the media.”

The Census Bureau reported Tuesday that over 95 percent of households have been accounted for with 29.6 percent counted by census takers and 66 percent self-responded.

With the number of U.S. households counted topping 95 percent, there is no reason for a judge to order the U.S. Census Bureau to extend by a month the headcount of every U.S. resident, government attorneys said Tuesday.

“Plaintiffs’ claims of harm in this matter are rapidly evaporating,” the government attorneys said in court papers ahead of a virtual court hearing in San Jose, California, over whether the 2020 census should stop Sept. 30 or continue through Oct. 31.

Census Bureau officials say they are on target to meet their goal of reaching at least 99 percent of U.S. households by the end of the month.

But a coalition of cities, counties, and civil rights groups have sued the statistical agency and the Department of Commerce in an effort to extend the 2020 census for another month, saying the shortened schedule will miss minority communities.

There’s approximately $1.5 trillion in federal funding at stake, which could affect the funding of public programs such as education and health care.

Additionally, the 2020 Census will affect how many seats the State gets in the U.S. Senate and the numbers will determine the layout of districts within the State.

“Forty percent of Georgia comprises communities of color, more than 40 percent,” said Georgia Democrat Stacey Abrams. “That means if we are under-counting communities of color and rural communities — which are the two hardest-hit populations — we are risking losing millions of dollars every single year.”

Ultimately, undercounting could lead to the loss of federal funds and even a congressional seat. According to Georgia’s Census website, Georgia received more than $23.8 billion through 55 federal programs in the federal fiscal year 2016. That amounts to approximately $2,300 per Georgian.

A lower response rate could see that figure cut severely and congressional districts could be redrawn to favor counties with high response rates.

If the data is not correctly gathered, the U.S House Oversight and Reform Committee, revealed that the state of Georgia could lose nearly $75 million in annual funding that goes toward healthcare, job training, and education throughout the country if 1 percent of responses are undercounted.

During a virtual press conference on Sept. 16, Atlanta Mayor Keisha Lance Bottoms took some time to discuss the approaching deadline of the 2020 Census.

“The Trump administration shaved off an entire month of time,” Bottoms said. “The deadline was originally Oct. 31 and now it’s Sept. 30, which is problematic. We have the COVID-19 pandemic, fires, hurricanes. It’s a political play because it speaks to representation in Congress. In my personal opinion, it’s disregard for the U.S. Constitution.”

Bottoms said Atlanta’s then-response rate was currently at 57.7 percent. She also pointed out that it only took her 15 minutes to complete the Census form, accounting for her family of six.

City and statewide officials have attributed some of the lag in response to a heightened political climate that has citizens skeptical about sharing their personal information.

However, not only is the data collected by the census not sensitive in nature, but it is also completely confidential.

Marilyn Stephens, who is an assistant regional census manager for the Atlanta area, has assured that despite concerns about personal information being compromised, all data collected through the census is protected by law.

“Most people don’t realize that census data is protected by law,” she explained. “Title 13 says that we cannot release anything that will identify you or your household with the information you give us. Then it further states that no entity, no agency, can get your information. No law enforcement, no police, no ICE, no FBI, CIA, IRS, or any other immigration agency.”

Other Atlantans also spoke about their experience with the 2020 Census, such as Historic West End resident Davida Huntley. Huntley was a self-responder and completed the Census online, which she said was the best way for her.

“It was so easy for me,” Huntley said. “I’m a millennial and that could give more credit for why it was easier for me online. I work remotely from home due to the pandemic so being online is second nature to me.”

Huntley went on to discuss the importance of the Census to her, especially when it comes to representation and the African American community.

“Statistically, in African American communities, where I live, we are undercounted due to our own self-neglect. We decide not to send in the Census for various reasons,” Huntley said. “We sometimes feel that there is an ulterior motive to completing the Census, that the government wants to find out information about us or wants to locate us.

“In actuality, they already have this information. They’re giving us an opportunity to self-count so that our representation will reflect the actual number of residents in our communities,” Huntley explained. “And that turns into things like filled potholes, paved roads, clean sidewalks, and clean highway exits.”

Starting this week, census takers are grabbing reflective vests, face masks, bug spray and flashlights and heading out at night in groups of four to track down one of the hardest populations to count in the 2020 census — the homeless.

Over three days and nights this week, census takers will fan out to shelters, soup kitchens, mobile food van stops and other places across the U.S. where people experiencing homelessness often gather.

They will follow that with overnight visits to encampments, under bridges, transit stations and other places where people live outside.

The homeless count is starting as the Census Bureau’s effort to account for people living in transitory housing winds down at the end of the month.

That count started at the beginning of September when 12,500 census takers started visiting more than 60,000 RV parks, campgrounds, marinas, and hotels and motels where people live who are on the move.

Meanwhile, census takers continue knocking on the doors of homes whose residents have not yet responded to the 2020 census, which helps determine $1.5 trillion in federal spending annually and how many congressional seats each state gets.

With both the count of the homeless and those living in transitory housing, people will be counted where the census takers find them, and not where they were on April 1, which is the date used as a reference for counting most people in the U.S.

Part of the reason for that has to do with concerns over “recall bias,” or a person’s ability to remember where they were six months ago. 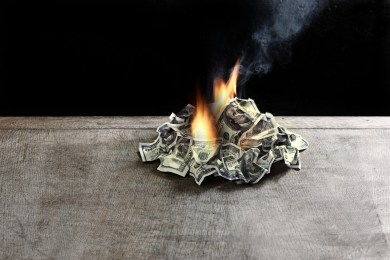 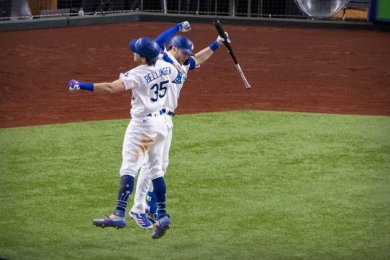 Dodgers Bellinger says he’s fine after a slum in his arm injured his shoulder – Atlanta, Georgia