Data miners earning rewards on the Ethereum blockchain had gathered approximately $341 million worth of the cryptocurrency ether in the years and months before the blockchain’s historic switch to a more energy-efficient method last week (ETH).

What Happened to ETH Following the Merge?

Now, a week following the Merge, cryptocurrency analysts caution that, given the market’s 19% decline over the previous month and the miners’ sales of their hoards, the price of cryptocurrencies may soon come under downward pressure.

Lucas Campbell, the editor of the Bankless newsletter, wrote on Monday the 19th of September 2022, that “miners dumping their ETH is an overhang that we’ll have to get through over the coming months to resume up-only mode, but it will happen”. 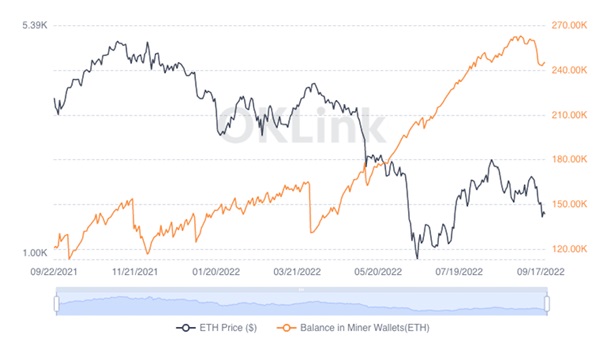 The blockchain data compiled by OKLink indicates that miners started to sell down their stockpiles during the previous week.

Between September 12 and September 19, Ethereum miners dropped almost 16,000 ETH, with the Merge finalising on September 15. The fall brought the miners’ total holdings down to 245,000 ETH, or roughly $319 million.

IntoTheBlock’s head of research, Lucas Outumuro, attributed the fall in balances to “miners moving onto other chains.” He added that “they’re taking profits from their ETH holdings.”

Outumuro said that it’s also likely that some miners transmitted some ether to exchanges to handle an “airdrop” of new tokens from a branch blockchain that attempted to carry on with the now-abandoned “proof-of-work” system used by the Ethereum blockchain. Since then, that endeavour has largely failed.

In the weeks leading up to the Merge, Ether’s price had risen as traders competed for the airdrop, and some predicted a rise in institutional investors due to the change. However, the cryptocurrency’s price abruptly dropped when the Merge happened, in what analysts called a “buy-the-rumour, sell-the-fact” market reaction.

Additionally, the sell-off occurred ahead of this week’s Federal Reserve meeting, which contained a commitment to an aggressive monetary policy, pushing down the price of risky assets such as equities and cryptocurrencies.

“If miners had accumulated Ethereum at a profit, or they need to pay their electric bill, they would be incentivised to sell at a profit, especially with the expected and actual increased volatility,” said Alexandre Lores, director of blockchain market research at Quantum Economics.

What Is The Impact of This on ETH?

For the first time, these miners won’t be doing any future business with Ethereum, according to Lores.

The ether price was trading at $1,300 on Thursday and miners’ action may have contributed to the immediate dip in prices post-Merge, according to Jeff Dorman, a chief investment officer of digital-asset management company Arca.

However, Dorman mentioned that it’s not a given that all miners will sell their assets.

Dorman further commented that “maybe some [miners] will turn into speculators and hold on for a better price. Maybe some will turn to stakers and secure the new network, but that [mining] business is over.”

Instead of the energy-intensive “proof-of-work” mining that Ethereum previously utilised, the new network depends on “stakers,” or investors who “stake” their ether to help protect the blockchain.

Undoubtedly, according to CoinDesk data, the remaining miner holdings only make up a small portion of the 119 million ETH supply.

Ex-Ethereum miners can switch to another chain if they want to continue proof-of-work mining. The value of related altcoins has significantly increased over the previous 90 days, with Ravencoin (RVN) rising by 64% and Ethereum Classic’s ETC token rising by 75%.

Ethan McMahon, a Chainalysis economist, stated that if the miners’ initial motivation for retaining Ethereum was for the store of value or investment goals, he sees the miner selling as “a transient shift” in shifting away from Ethereum.

Since the Merge, ETH’s price has substantially decreased. However, lower issuance has been hailed as one factor for ETH holders to maintain optimism: since fewer ETH are in use, each token should potentially be worth more. Only speculation can tell what the future of ETH looks like, even though it may appear grim at the moment. Bitcode Method Official has mentioned numerous times that, as with all cryptocurrencies, it is only a short period of uncertainty in the market and bare market before cryptocurrency spikes, and reaches an all-time high again. 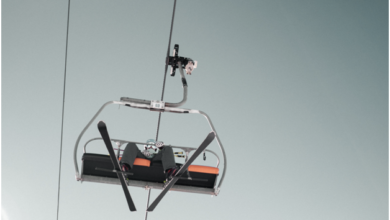 Carrera Sunglasses: Their Radical Contribution to the Eyewear Industry

Everything About Your Trusted Home Buyer

What to Expect When Flying in a Private Jet 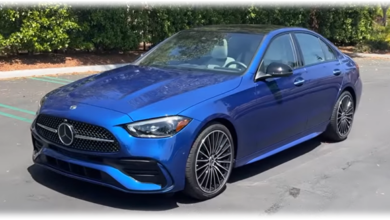 A guide to machine moving skates