Technology drives the 21st century in just about every area of our lives. Developments in tech, especially in the area of miniaturization, has led to greater scope for product developers and manufacturers to meet the demands of increasingly specific customers. This means every market sector is a competitive one, and none more so than the vape market.

One of the fastest growing consumer markets of late, vaping is big business as it has become the acceptable alternative to smoking tobacco. With a greater choice of products and being a safer option, vaping is the choice for many who would previously have smoked. How has technology influenced the vape market? That’s what we’re looking at in this article so let’s get started.

Whether you are buying a wax pen for concentrate or for vaping other material you need to know what to look for. We thought a little bit of explanation to be worthwhile here. The early vape devices were known as ‘vape mods’; this is because they were created by the user from other electrical items, hence ‘mods’ for modified. It soon became clear that specific devices for vaping would find a market.

The first commercially available vape mods were quite large, simple and basic. There were no adjustments or variations available, and they also cost quite a lot. As they became more popular, so more were made, and the cost came down. Next, the manufacturers saw a market for smaller, portable devices, hence the vape pen was born.

Discreet and small, vape pens are now the most popular way of enjoying vaping, and have millions of fans across the world. These small devices have only become possible thanks to developments in miniaturized electronics, which allow for some powerful items that are surprisingly miniscule. Let’s talk now about some of the technology that goes into a vape device. 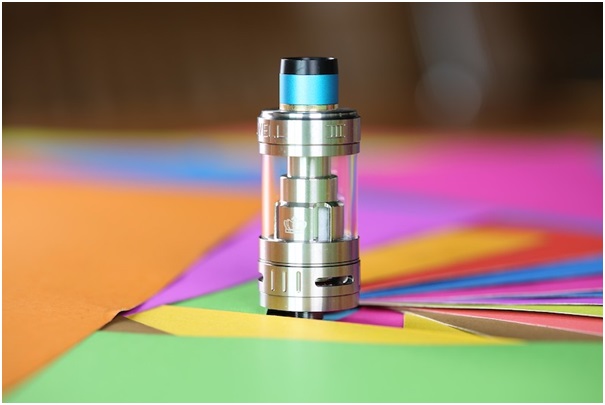 Much of the technology in vaping devices is actually very simple, and it is ability to make it so small that is notable. A vape pen, for example, is simply a container with a compartment for the substance to be vaped, a battery, an atomizer and the electrical controls. Add a mouthpiece and you have your complete vape pen.

But it’s in the controls and the battery that the clever technology is to be found. A basic vape pen – which can be reusable or disposable – will more than likely come with a fixed voltage. Other more sophisticated models have adjustable voltage batteries. This is so the user can find their ideal taste. The battery heats the atomizer to the temperature at which the substance simply vaporizes. There is no burning, no flame, so no toxic chemicals.

By adjusting the temperature, a user can find a point at which they get the most satisfactory hit, in terms of strength and taste, by reducing or increasing the temperature by minute amounts. This is where tech comes into its own in the vaping world. What does the future hold?

What the Future Holds

We cannot say for sure what effect future developments in technology will have on the world of vaping, but we can guess that it may lead to more sophisticated vape pens and devices that offer a greater range of use. More powerful and adjustable batteries will be introduced that increase the already broad range of options available to vapers, and this will certainly add to the competition in what is already a hotly contested market. So, enjoy your vaping and keep an eye on the market for new products that may further enhance your vaping experience.

How to hack someone’s phone without touching it

How to Find the Best Translation Services for Technical Documents